Adhering to four simple healthy lifestyle factors can have a strong impact on the prevention of chronic disease, according to a report published in the August 10/24 issue of Archives of Internal Medicine.

Data was used from the European Prospective Investigation Into Cancer and Nutrition – Potsdam Study (EPIC)†. Researchers analyzed data from 23,153 German men and women, between the ages of 35 to 65 years. The average age of participants when the study started was 49.3 years. Participants were followed an average of 7.8 years.

Researchers wanted to determine the effect of four healthy diet and lifestyle factors on the leading causes of chronic disease and death – diabetes, heart attack, stroke and cancer.

Moderate alcohol use was considered due to it potential health benefits. However, researchers excluded this behavior based on the adverse health impact with excessive use.

About half of participants had never smoked and had a healthy score for diet. While only about a third participated in physical activity at least 3.5 hours per week, 84 percent had a BMI lower than 30.

Of the 2,006 participants that developed chronic disease during the study period, 3.7% developed diabetes, 0.9% had a heart attack, 0.8% had a stroke and 3.8% developed cancer. Not surprisingly, having a BMI lower than 30 correlated to the lowest risk for developing diabetes. Never smoking exerted the largest reduction in risk for having a heart attack.

Although the data was based on Germans, the results can be applied to Americans. “The potential for preventing morbidity and mortality from CVD, diabetes, cancer through healthy living is enormous,” said study author Earl S. Ford, M.D., M.P.H., of the Centers for Disease Control and Prevention.

EPIC was designed to investigate the relationships between diet, nutritional status, lifestyle and environmental factors and the incidence of cancer and other chronic diseases. EPIC is the largest study of diet and health ever undertaken, having recruited over 520,000 people in ten European countries. Recruitment into the study, which was initiated in 1992, was principally from the general population aged 20 years or over, and took place between 1993 and 1999. It is planned to follow-up the study participants for the next 10 years at least, continuing to study the role of nutrition and lifestyle in cancer development and other chronic diseases.

This study, along with a number of others, reinforces that the majority of diseases that kill people of industrialized nations, are largely preventable. It also highlights that the vast majority of people could do better.

Making a commitment to improve diet and lifestyle not only ensures better health but also sets an example for young children, whose roots of development occur early in life. 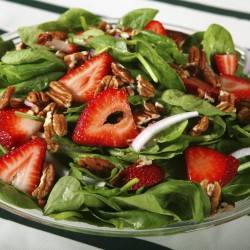 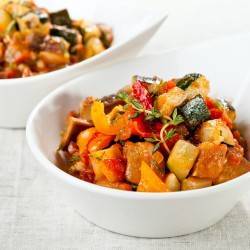