We’re living longer than ever, but that doesn’t mean we’re healthier. How do we balance this newfound longevity with long-term wellness? What can we really do to maximize our quality of life and age gracefully and healthfully?

A new study published in the Canadian Medical Association Journal shows that four key behaviors have a significant impact on healthy aging.

Researchers defined healthy aging as being able to function well physically and cognitively: maintaining mobility, having good lung function, having no chronic diseases such as heart disease, stroke, cancer, or diabetes, having no disabilities at age 60 or older, and being in good mental health.

By contrast, normal aging was defined as participants who, at end of the study, suffered from chronic disease, had diminished cognitive function and mental health, or both.

So what are the four keys to healthy aging?

4.  Increase Consumption of Fruits and Vegetables

Researchers studied a cohort of 5,100 British civil servants, men and women between the ages of 42-63. Their lifestyle patterns were followed over the course of 16 years, and the results revealed an association between participation in healthy activities and the odds of successful aging.

As the number of healthy behaviors increased, so did the occurrence of good physical, respiratory, cognitive, and mental function.  At the same time, and the likelihood of developing a chronic disease, disability, or mental health diminished. By the end of the follow-up period, those who practiced all four behaviors were nearly three times less likely to develop these issues.

As this study reinforces, to increase our quality of life and age healthfully, we need to practice as many healthy behaviors as possible.  The conclusion is similar to that reached from a large European study (EPIC) where they also found four healthy lifestyle factors had a strong impact on the prevention of chronic disease.

Too often, we focus on individual health behaviors. Countless studies have been conducted expounding the benefits of quitting smoking, moderating alcohol consumption, exercising regularly, and eating more fruits and vegetables. Unfortunately, this causes us to look at these behaviors separately instead of collectively.

It seems like common sense that healthy behaviors can work together to augment their effects, but as the first of its kind to study this “combination effect,” this study offers quantified proof.  So while the study may have focused on people in their mid-to-later years, the results are a strong argument for embracing healthy lifestyle behaviors at an early age.

Anti-Aging Nutrition – What You Need to Know (INFOGRAPHIC) 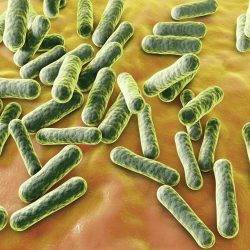 Fight Acne & Inflammation by Doing This 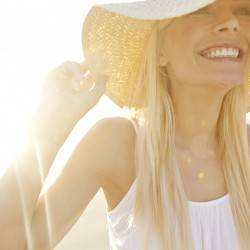 Do You Need Sunscreen for Your Hair?