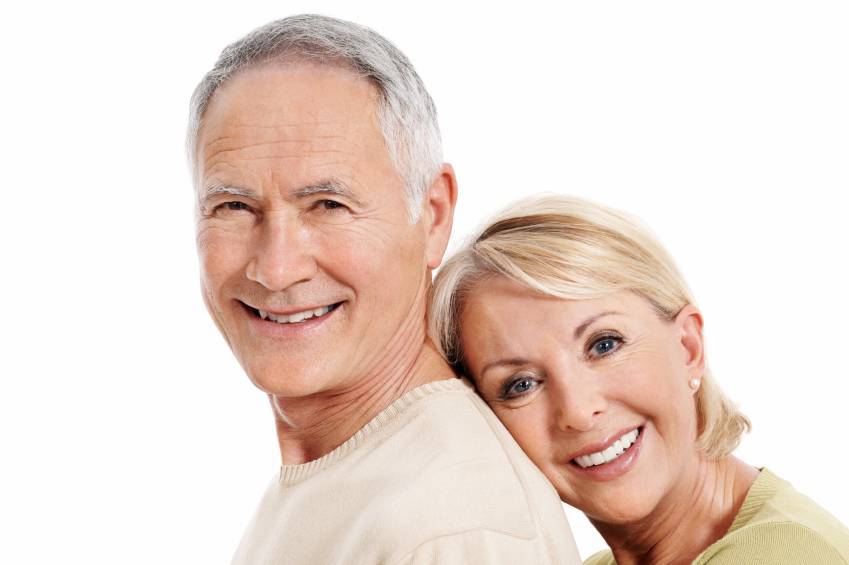 We’ve all heard the saying, “Happy wife, happy life,” and to some extent, this is true.  But what is a husband’s role in a happy marriage?

Apparently, it’s to stay healthy, pleasant, and positive, because he may be the real key to your successful union.

A new study published in the Journal of Marriage and Family, conducted by researchers at the University of Chicago, finds that there is less marital conflict between older couples where the husband is in good health and has an “agreeable” personality.

Researchers analyzed the relationships of 953 heterosexual couples who were either married or living together for an average of about 39 years.  The participants ranged in age from 63 to 90 years old, with the male partner generally being about three years older than his female partner.

“In terms of personality and physical health, husbands’ characteristics were more consequential for wives’ reports of conflict than the reverse.”

The data, which was part of the 2010-2011 National Social Life Health and Aging Project, compared the men’s self-reported personality and health measurements to those of the women and looked for a link between the ratings and reported marital conflict.

For the purposes of the study, marital conflict was not defined as fighting or violence; instead, it was associated with making too many demands, frequency in criticizing the partner, or getting on the partner’s nerves.

Each participant was interviewed and asked to describe him or herself; the personality traits examined included openness, conscientiousness, extraversion, agreeableness, and neuroticism.

Researchers also included a measure called ‘positivity,’ meaning a person’s overall desire to be perceived in a positive light, and included questions about the subject’s mental and overall health.

The results revealed a gender difference.

Men who self-identified as neurotic or extroverted tended to have wives who complained more about the quality of the marriage.  Similarly, husbands whose wives reported having high levels of the same qualities reported higher levels of conflict.

Husbands reported more criticism and demands from their wives overall; however, they reported receiving higher levels of emotional support.

Wives with more positive husbands reported less conflict, but the wives’ self-reported positivity did not influence their husbands’ reports of marital conflict.

Each individual’s own mental health was linked to greater conflict, but his or her partner’s mental health had little to no effect.

And while wives with unhealthy husbands were more likely to report high levels of marital conflict, the same did not apply when the wives were the unhealthy ones.

Effectively, the results showed that women’s views on marital satisfaction were greatly affected by their partners’ personality and health.

Lead study author James Iveniuk, a PhD candidate at the University of Chicago’s Department of Sociology, hypothesized, “Healthy persons may have higher quality marriages because individuals who make an effort to stay healthy also make an effort to maintain their relationship quality.”

To have a successful relationship, both parties must make an effort.  However, as the study authors note, “Women are sometimes spoken of as the ‘relationship expert’ in marriages.”  By this they mean that women usually carry the responsibility, and some might say burden, of providing emotional support, managing health issues, and working out solutions to any obstacles that arise.  It’s a tall order, more prevalent in mature generations because of the neatly defined gender roles they grew up with.

Younger couples may find a ‘more equal distribution of responsibility for emotional labor between husbands and wives,’ but many will find that the results still ring true for them.

So what can we take away from this other than the fact that women are incredibly strong and often form the backbone of a marriage because they help care for their husbands?  Both men and women need to be and stay healthy, both physically and mentally.  It is important to your partnership to maintain your physical and mental health as you age, and it is also critical to be well overall, particularly when you’re the primary caretaker for someone you love.

Health and wellness are areas that will have a positive effect on every facet of life.  Perhaps we should update the old adage to, “Happy husband, happy wife, together make a happy life!”

8 Tips to Keep Your Home Green