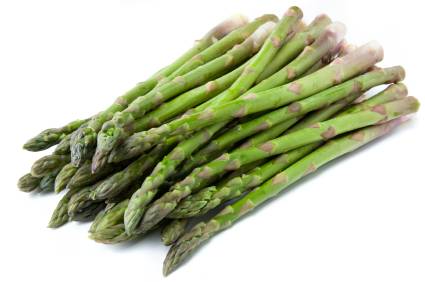 Native to the Mediterranean region of Southern Europe, asparagus is a member of the Lily family, related to onions, leeks, and garlic.  Asparagus means “shoot” or “sprout” in Greek, a fitting name as the ancient Greeks were one of the first to cultivate this sprout nearly 3,000 years ago.  During the Middle Ages, asparagus cultivation spread to Northern Europe, where revered for its delicate texture, asparagus became a delicacy enjoyed by kings.

Asparagus made it to the United States in the hands of European settlers and migrated westward with the wagon trains of the mid 19th century. Today, 70% of United States asparagus production takes place in California with the balance cultivated in Washington and Michigan.

With over 300 varieties (20 of which are edible), asparagus are valued not only for the tender, succulent taste, but in some cultures, for its medicinal uses as well.  During the growing season, asparagus is harvested every day when shoots the shoots grow about 6-8 inches in length in less than 24 hours!

In the United States, most of us are familiar with green asparagus. Green asparagus are enjoyed when the shoots are young as once the asparagus buds begin to open the shoots quickly become woody.  White asparagus, grown underground to inhibit the development of chlorophyll, are sweeter and more delicate in flavor than their green counterparts and are widely enjoyed in Europe.  The third variety, purple asparagus, are only 2-3 inches tall with a distinctive, almost fruity flavor. Purple asparagus get their color from a phytonutrient called anthocyanins.

A delicacy amongst vegetables, asparagus only feels indulgent.  A cup of raw green asparagus has only 27 calories while boasting 3 grams of fiber and 3 grams of protein.

Just one serving of asparagus offers more than 10% of the suggested daily intake for 6 different vitamins. These succulent stems are an excellent source of vitamins K, A and C. Just a cup of asparagus contains 44.7 mcg or 70% daily values (DV) of vitamin K, 1,013 IUs or 20% DV for vitamin A, and 7.5 mg or 13% DV for vitamin C. Asparagus are also a good source of the B-Complex vitamins, most notably, folate. With 69.7 mcg or 17% DV, asparagus are the richest vegetable source of folic acid.

When it comes to minerals, asparagus is a good source of iron, copper and manganese and potassium.

Asparagus have been found to contain a type of phytonutrient called saponins. These saponins include asparanin A, sarsasapogenin, protodioscin and even small quantities of diosgenin. Especially concentrated in yams, diosgenin is perhaps the most extensively studied saponins. Saponins can be found in both the roots and the shoots of asparagus and have been repeatedly shown to have anti-inflammatory benefits. Consumption of foods containing saponins has also been associated with improved blood pressure and improved blood sugar regulation.

The anti-inflammatory effects of asparagus are intensified by the presence of several flavanoids including quercetin, rutin, kaempherol and osprhamnetin.  Chronic inflammation is implicated in a number of diseases including diabetes and heart disease, among others.

Asparagus are a source of a compound called inulin. Inulin is a type of carbohydrate known as a prebiotic. Prebiotics do not get broken down in the first part of our digestive tract, and pass undigested to our large intestines. Once there, inulin serves as an excellent food source for certain types of healthy bacteria or probiotics.

The sulfur-containing amino acids in asparagus when metabolized give urine a distinctive smell. Scientists have debated whether only some people can metabolize the compounds to produce the offensive odor or if everyone produces the compounds but only some people can detect the odor. A 2010 study found that variation in production of the off smell and in the ability to detect the odor. It is believed that most people produce the odor but only about a quarter of the population have the genes required to smell it.

Although asparagus are harvested from mid February through July, they are at their peak April – June.

When making your asparagus selection, choose larger stalks (these come from younger, heartier plants). Stalks should be firm, yet tender, with deep green or purplish compact tips. Make sure to keep an eye out for asparagus with ends that are too sandy or woody, as this will negatively influence taste.

Asparagus should be stored in the crisper drawer of the refrigerator with the ends wrapped in a damp paper towel. Although asparagus stored this way can keep for up to five days, asparagus are at their freshest and most flavorful during the first 48 hours after purchase.

Before enjoying your asparagus, rinse in cool water and snap off the tough ends at their natural breaking point. If the tips are slightly wilted, freshen them up by soaking in cold water.  If you are preparing white asparagus, make sure to peel each stalk completely before cooking.  Unlike its green counterpart, white asparagus needs to be cooked until completely tender.

Asparagus are delicious lightly steamed and served with a dash of pepper, salt and lemon or tossed in a stir-fry.  Asparagus is an ideal companion with pasta and adds color to an omelet.

If serving in a salad, blanch the asparagus first by steaming until firm then dunk in cold water to stop the cooking process.  Drain, chill and then serve with humus or chopped in a fresh summer salad.

For a delicious, easy and flavorful side, try Asparagus with Balsamic Tomatoes.  At your start of summer barbecue wow guests with Grilled Asparagus Rafts.

Asparagus are often used as a companion plant for tomatoes. The tomato plant repels the asparagus beetle while asparagus repel some harmful root nematodes that affect tomato plants.

On a day where the temperature exceeds 90 degrees, an asparagus plant can grow ten inches in a 24 hour period. 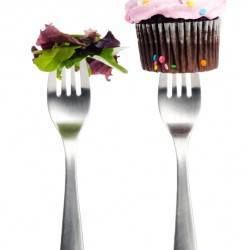 Forming Healthy Habits: How Long Does It Take?