Breakfast cereals and snacks have higher levels of polyphenols than previously thought, scientists reported this week at the 238th National Meeting of the American Chemical Society.

“This is the first study to examine total phenol antioxidants in breakfast cereals and whole-grain snacks, whereas previous studies have measured free antioxidants in the products,” said lead scientist Joe Vinson, Ph.D.

Until now, it was believed that the primary health benefit from hot and cold whole grain cereals was due to the fiber content. However, these findings suggest that the polyphenol content also contributes to these foods’ healthful profile.

Scientists determined that whole grain products had comparable antioxidant levels per gram to fruits and vegetables. Indeed, whole grain flours were very high in antioxidants. According to Vinson, whole grains are the main source of polyphenols.

Whole grain cereals with the most antioxidants included those made from wheat, corn, oats and rice (in descending order). While bran cereals made from wheat had higher fiber content, they did not have higher antioxidant levels than wheat cereals.

Polyphenols are what give fruits and vegetables their color. In particular, the deep purple and red colored fruits have high levels of phytonutrients which are associated with numerous health benefits. Polyphenols exert a protective, antioxidant effect through their free-radical scavenging ability. Free-radicals, which are unstable oxygen molecules, are associated with aging and other chronic diseases.

Polyphenols have received significant attention in the past few years, driven in part by the popularity of functional beverages that contain exotic fruits like acacia, mangosteen and pomegranate. Even the more traditional juices from grape and cranberry, have garnered attention due to their fruit’s naturally high polyphenol content.

These study findings encourage consumption of whole grain cereals and snacks. This is good advice considering what most Americans eat in an average day. However, even these better-for-you foods often contain extra salt, sugars and partially-hydrogenated oils which negate any health benefit of the polyphenols and fiber.

The cereal and snack food categories are dominated by large consumer product companies. As a result, their products are heavily marketed and are often more expensive than the less glamorous items in the fresh produce aisle.

For these reasons, we recommend that you increase the intake of fruits and vegetables – not cereals and snacks. This is the most cost-effective way to obtain the fiber, vitamins, minerals, antioxidants, polyphenols and other phytonutrients necessary for optimal health and well-being. 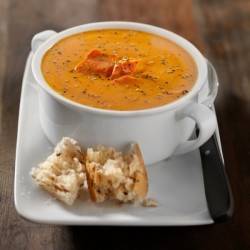 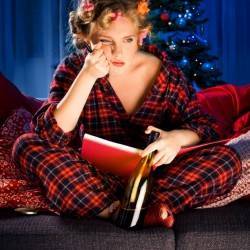 11 Tips on How to Deal with Holiday Stress 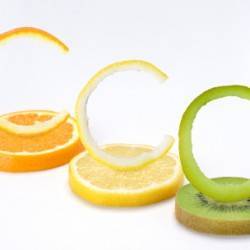