Enjoyed Sweet or Sour, Cherries are packed with Antioxidants | VitaMedica 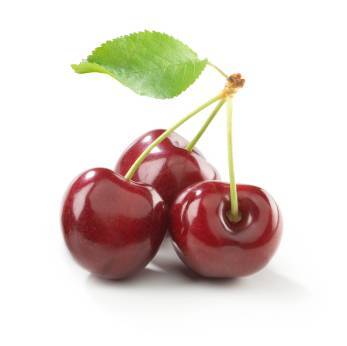 Cherries are drupe, or stone fruit, aptly named because their juicy flesh surrounds a hard center seed. Members of the Rosaceae family, genus Prunus, cherries are a distant relative to peaches, plums, and apricots.  Interestingly, the term “cherry tree” can be applied to all members of the genus Prunus, no matter the fruit.

Cherries thrive in most temperate climates and grow wild throughout much of Europe and Western Asia.  The Greeks and Romans were the first to cultivate cherries, spreading the fruit en-route as they continued their conquests throughout Europe. Early colonist brought cherries to the United States and orchards of cherry trees gradually spread westward in the hands of missionaries.  Today, cherry cultivation still flourishes in the Western United States, with 70% of national production coming from Washington, Oregon, Idaho and Utah.

Most of us are familiar with sweet cherries, ranging in shade from white and yellow to a red so deep it appears nearly black. These cherries include such popular varieties as Bing, Royal Ann, and Rainier. A second species of cherry, the sour cherry, is used primarily for cooking and jam making.  Both species are in season from early June through August.

Sweet and sour cherries differ not only in taste but in their nutritional content.  Not surprisingly, sour cherries have fewer calories than sweet cherries (51 per cup instead of 87).  Sour cherries also contain significantly more vitamin A (from carotenoids) at 1,321 IUs, or 26% of the daily values compared with just 83 IUs or just 2% in sweet cherries.

Sweet cherries take the lead when it comes to potassium and fiber.  A cup of sweet cherries provides 3 grams of fiber and 306 mg of potassium or 9% of daily values.

A cup of sweet or sour cherries provide 10 mg of vitamin C or close to 17% of daily values.

Dried cherries can be a healthy snack, just make sure to check the nutrition label.  Unfortunately, many brands of dried cherries contain substantial amounts of added sugars.  When using canned cherries for cooking or baking, choose cherries packed in juice over those in heavy syrup to avoid extra calories from added sugars.

The deep rich pigment of cherries is from a flavonoid called anthocyanin.  Of the 150 different types of flavonoids found in plants, anthocyanins appear to have the greatest antioxidant capacity.

Cherries are one of the richest sources of anthocyanins, containing more than raspberries, blackberries and strawberries and around the same amount found in blueberries.  In general, sour cherries tend to have a greater concentration of anthocyanins than their sweeter counterparts.  Regardless of species, the darker the fruit color, the higher the anthocyanin content.  Relative to dried, frozen or canned cherries, cherry juice concentrate has a significantly higher ORAC score – a measure of how much a specific food can absorb and deactivate oxygen free-radicals.

The significant health benefits of anthocyanins stem from their ability to block two enzymes, COX-1 and COX-2.  The COX-2 medications like Vioxx and Celebrix work by blocking the action of these two enzymes.  These enzymes play a role in the production of inflammatory compounds called prostaglandins.   In addition to working as anti-inflammatories, anthocyanins may play a role in cardiovascular disease by preventing lipids from oxidizing and preventing plaque formation.

In addition to anthocyanins, cherries contain several other potent antioxidants including p-coumaric acid, kaempferol and quercetin. These antioxidants may be beneficial in reducing inflammation and swelling.  This may explain why in some people the consumption of cherries and/or cherry juice seems to ease the pain associated with arthritis and gout.  Cherries also appear to reduce levels of uric acid, a key component in the onset and progression of gout.

While cherries are well-known for their high flavonoid content, this fruit is also a plant source of melatonin.  Produced by the pineal gland, melatonin is a hormone that plays a role in promoting healthy circadian rhythm, which may help improve the body’s natural sleep patterns.

Cherries have a short growing season and at their best late May through late August.

When making your selection, choose cherries that are bright, firm and shiny. Stems should be green and snap back when bent. Avoid cherries with bruising or dry, stale stems.  Although you may find stemmed cherries less expensive, those with the stems on will remain fresh longer.

Cherries should be stored wrapped in a breathable plastic bag in the refrigerator and will remain fresh for about 3 days.

Wash cherries right before enjoying, as they can soften and deteriorate quickly. The easiest way to remove the pit is with a cherry pitter. Cherry pitters operate like a hole punch and are available at most kitchen supply stores. Be careful when removing cherry pits as cherry juice can stain fabrics and counter tops.

Cherries, like most other fruits, are best enjoyed raw.  Dishes that incorporate cherries are the perfect combination of sweet and savory.

For a flavorful, refreshing salad perfect for a light lunch or to start out a gourmet dinner, try a Root and Cherry Salad or the heartier Cherry Quinoa.

For an entrée that looks delectable but is surprisingly quick and easy to make, impress with Cherry-Glazed Pan Seared Lamb Chops.

If a zesty spread is more what you had in mind try this 5 star recipe for Cranberry, Cherry and Walnut Chutney, a perfect complement to roast chicken, pork tenderloin, or ham.

For those who love some heat added to their sandwich, crackers, or toast, delicious Jalapeno-Spiked Cherry Preserves will spice up your next snack!

Fun Facts It takes 6 to 8 pounds of cherries to make 1 pound of dried cherries; and about 100 cherries in an 8-oz glass of cherry juice. 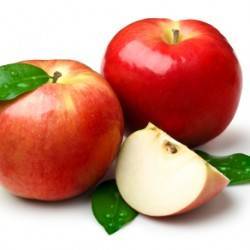 Physicians Likely to Use & Recommend Supplements