Consuming moderate amounts of chocolate on a regular basis is associated with a lower risk for heart failure, according to a study published in Circulation: Heart Failure, a journal of the American Heart Association.

Clinical and observational studies have demonstrated chocolate consumption and lower blood pressure (both systolic and diastolic) and an inverse relationship between chocolate intake and cardiovascular disease.

Given that elevated blood pressure is a particularly strong risk factor for heart failure, Harvard Medical School researchers wanted to investigate the relationship between chocolate intake and heart failure (HF).

Chocolate, especially the dark version, is one of the most concentrated sources of flavonoids. In addition to lowering blood pressure, these compounds may protect against the oxidation of LDL or “bad” cholesterol through its antioxidant function. Cocoa and chocolate is associated with inhibition of platelet aggregation, increased HDL or “good” cholesterol, and reduced inflammation.

Even if chocolate contains health-promoting compounds, it still is high in fat, sugar and calories. So, moderation is key. If you enjoy an occasional indulgence, opt for dark instead of milk chocolate. Or, visit a specialty or gourmet store to find a European brand. The higher cost may induce you to eat less but the higher cocoa content may offer greater health benefits.

I think my English grandmother, who lived to 105 years summed it up best, “A little bit of what you fancy, does you good.” 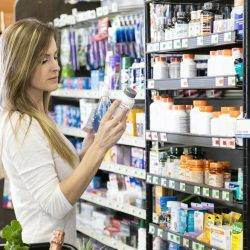 How do I Find the Best Multivitamin for Women?