Early last year, the now infamous health care reform legislation – the Patient Protection and Affordable Care Act of 2010 – was signed into law. Now, a particular section within the Act is being challenged by unhappy movie theater owners.

With the FDA citing studies that show people make healthier choices when presented with nutrition information, Section 4205 of the Act addresses the responsibility of restaurant chains to make the nutrition information of regular menu items readily available to patrons.

The legislation states that all “restaurants and similar retail food establishments” with 20 or more locations are required to list calorie content on menus and menu boards. Additionally, other nutrition facts must be made available upon request, including total calories, fat, saturated fat, cholesterol, sodium, total carbohydrates, sugars, fiber and total protein.

However, a July 2010 press release by the FDA included movie theaters among the list of “retail food establishments” to be regulated under the Act. The list included movie theaters alongside restaurants, coffee shops, delis, bakeries, ice cream shops and vending machines. Apparently, this was news to the National Association of Theater Owners (NATO).

Gary Klein, Vice President and General Counsel of NATO, issued a response to FDA expressing the discontent of his organization. Klein argues that movie theaters were not mentioned at any point during the legislative process or before the press release. He continues by stating that movie theaters do not qualify as a “retail food establishment” because they do not sell food as a “primary function”, as defined by the legislation.

However, Klein does note that “certain theaters do, in fact, provide a ‘restaurant’ atmosphere and a targeted approach by the FDA might be warranted”. He goes on to suggest that the FDA exclude establishments whose food sales do not exceed 35% of gross revenue. Not surprisingly, most movie theaters obtain roughly 30% of their revenue from concession sales.

Organizations like the Center for Science in the Public Interest (CSPI) are in stark opposition to the cinema industry. Jane Hurley, senior nutritionist at CSPI, makes that clear by saying, “Regal and AMC are our nominees for Best Supporting Actor in the Obesity Epidemic”.

An independent laboratory analysis by the watch-dog group finds that a medium popcorn and soda at Regal theaters packs 1,610 calories and 60 grams of saturated fat, equating the “snack” to three McDonald’s Quarter Pounders and 12 pats of butter.

Most people will agree that a trip to the movies is a luxury and the snacks are a treat, not a meal. Unfortunately, distorted portion sizes and free refills on large size sodas and popcorns have lead to higher saturated fat and calorie counts than a steak and potato dinner.

NATO is clearly using a legislative loophole to avoid potential profit loss. And, since the nutrition information for popcorn and other popular movie theater snacks is not available at the cinema or on their respective websites (with the exception of prepackaged candies that are already labeled), we can’t help but wonder what they are trying to hide.

Here are some favorite movie theater snacks and their shocking nutrition facts:

Note: Cinemark uses canola oil for popping. If you skip the buttery topping, the saturated fat content is reduced to less than 5g, depending on size.

Studies have demonstrated that when the calorie and nutrition content is posted at restaurants, patrons choose meals that are lower in calories and fat.

Even if the price of movie snacks doesn’t scare patrons away, the nutrition facts might. But, even if cinemas lose this battle, I have a feeling that nutritional information will be very difficult to find and read.

Perhaps the best solution is to get consumers to vote with their dollar. If patrons start pushing for lower calorie fare, then cinemas might be included to offer healthier fare. Unfortunately, I don’t see either one happening any day soon. 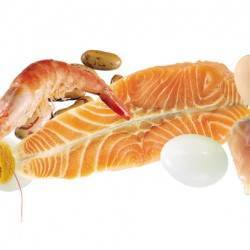 5 Ways Protein Helps You Lose Weight & Keep it Off 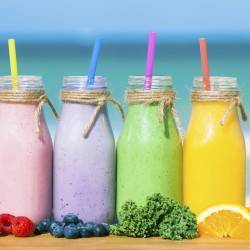