The old idea was that our bodies store fat during winter, but new research shows that all this shivering in the cold might actually help your body burn fat.

According to a study by the National Institutes of Health, published in the journal Cell Metabolism, shivering and sessions of moderate exercise may be equally efficient at turning energy-storing ‘white fat’ into energy-burning ‘brown fat.’

Researchers monitored the hormone levels and energy expenditure of 10 healthy adult participants.  First, they exercised at maximal aerobic capacity on a stationary bicycle in a temperature-controlled lab set at 65°F.  The participants then lay on a bed and were covered in cooling blankets as the temperature was gradually reduced to 53°F to induce shivering.

“In milder colder temperatures, the body creates a type of shivering, called non-shivering thermogenesis (NST).  Like exercise, NST increases heat output and can account for up to 30% of the body’s total energy budget.”

Both activities caused muscle contraction and production of the hormone irisin, and 10-15 minutes of shivering caused muscles to produce the same levels of irisin as did an hour of moderate exercise.

Irisin is a hormone that stimulates the production of brown fat.  While white fat, which we know as the undesirable fat that accumulates on our arms, bellies, and thighs, stores energy, brown fat generates heat to maintain core temperature and burns calories when stimulated.  For example, 50 grams of white fat stores more than 300 calories, whereas the same amount of brown fat burns up to 300 calories a day.

Brown fat gets its color from its high iron content and is plentiful in infants but less so in adults.  This “good” fat is distributed in white fat, and it produces energy by burning food or white fat.

When a person experiences cold and shivers, more calories are burned in an effort to maintain the body’s core temperature.  However in slightly milder colder temperatures, the body creates another type of shivering, called non-shivering thermogenesis (NST).  This also increases heat output and in young and middle-aged people, can account for up to 30% of the body’s total energy budget.

Researchers found it interesting that exercise, a heat-producing activity, prompted a process that would produce even more heat in the body.

They hypothesized that exercise might mimic shivering and the muscle contraction it causes, and that exercise-stimulated irisin production is a process that evolved from shivering.

Lead study author Francesco Celi, chair of the division of endocrinology and metabolism at Virginia Commonwealth University, stated, “Understanding how irisin activates brown fat, and consequently the burning of calories, could lead to new drugs to fight diabetes or obesity.”

Further studies need to be conducted, however, as “It is a short term effect [and we] do not know yet the long term consequences of these interventions.”

So what can brown (fat) do for you?  Help you burn more calories, apparently!  And does this mean that we should forgo exercise, take only cold showers, and keep our offices and homes chilly?  Of course not.

Still, there may be some benefits to “temperature training” and acclimating ourselves to slightly lower temperatures.  A recent study conducted by Japanese researchers found that people who spent two hours per day for six weeks in a 62.6°F room saw a decrease in body fat; in addition, spending six hours a day in a 59°F room over 10 days increased brown fat and allowed participants to feel more comfortable in colder temperatures.

So by lowering the thermostat a bit, you’ll not only save on energy costs but you might also help rev up your metabolism.  Moreover, the study supports the idea about exercising outdoors during the winter months.

Why not use the cold to your advantage instead of staying indoors to keep warm?  Whether you go walking with your spouse, sledding with your kids, or cross-country skiing with a friend, you’ll burn far more calories than on a balmy, spring day.  It’s just one more reason to get outside and enjoy the outdoors this winter! 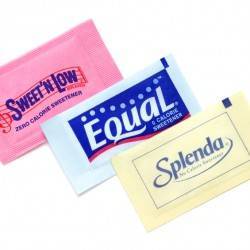 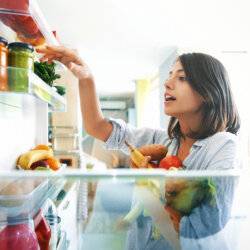 Focus on Diet Quality to Achieve a Healthy Weight