If you’re a parent worried about the childhood obesity epidemic, you may want to start sharing more meals with your kids at home. That’s because new research indicates that the frequency of shared family meals is significantly related to nutritional health in children and adults.

Studies have suggested that family mealtimes may act as a protective factor for many nutritional health problems during childhood and adolescence. But, findings have been mixed making it difficult for pediatricians to provide parents with a recommended course of action.

To better understand this relationship, researchers at the University of Illinois reviewed numerous child and adolescent studies that measured meal frequency along with measures of obesity, food consumption or disordered eating.

From the over 1,700 studies initially identified, just 17 were included in the review. This smaller group of studies involved more than 182,000 children and adolescents ranging in age from about 2 to 17 years. The included studies were conducted in the U.S., Australia, Canada, Finland, Japan and New Zealand.

Three categories were developed based on the reported outcomes: weight status, food consumption and disordered eating.

Consistent with other studies, overweight was defined as a Body Mass Index (BMI) equal to or greater than the 85th percentile.

To determine the relationship between number of shared family meals and obesity, the results from four studies was pooled. Researchers found that children and adolescents were 12% less likely to be overweight in families that had at least 3 shared family meals a week than those who had fewer shared meals.

In terms of unhealthy eating, data pooled from six studies suggests that children and adolescents in families that share at least 3 family meals per week are 20% less likely to eat unhealthy foods. The effect was greater in older children where the chance was 26% less likely (in younger children it was 23%).

For healthy eating, pooled data from five studies showed that in families that shared at least 3 meals per week, the kids were 24% more likely to eat healthy foods and maintain healthy dietary habits.

For disordered eating, pooled data from three studies indicated that adolescents from families that shared at least 5 meals per week are 35% less likely to engage in disordered eating than those who do not.

The study results were not entirely surprising. Parents who eat meals with their children have an opportunity to see signs of problems and address them early. Study authors said that shared family meals are predictive of family-connectedness which may encourage adolescents to talk about their feelings and issues with food.

Study lead author Amber Hammons said, “Other research has found that meals prepared at home are more nutritious, with more fresh fruit and vegetables and less fat, sugar and soda.” She continued, “The future direction for research will not be looking at quantity of meals but at what is making meal time so important.”

The study results were published in the May 2nd issue of Pediatrics, the official journal of the American Academy of Pediatrics.

When I was growing up in the 70s, out-of-home dining was far less prevalent (and affordable) and most families ate meals together. In our family, dinner was on the table promptly at 6:30P and we sat down to eat together. There were no specials meals or one person eating then dashing off. Today, this is the exception, not the rule.

This new research indicates that making the time to have meals together as a family is not only important to establish connectivity but a good time to establish positive role models especially in young children.

A Healthy Heart in Your 30s 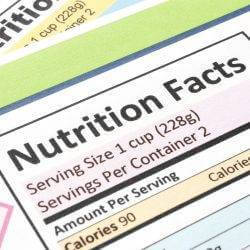