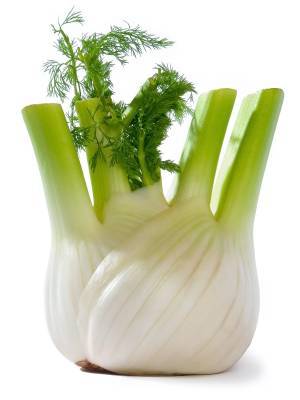 (Foeniculum vulgare)
Looking to add a refreshing flavor or crunch to a salad? Fennel is a tasty antioxidant-filled vegetable that can be paired with any fish meal or salad. Also known as finocchio, fennel is a light, crunchy vegetable similar celery, with a taste reminiscent of licorice. Fennel belongs to the Umbellifereae family and is related to carrots, parsley and dill. The leading cultivators include the United States, France, India and Russia. Prepared in both French and Italian cooking, fennel is commonly used in the Mediterranean diet.

Known to improve arthritis, fennel contains powerful antioxidants that have anti-inflammatory effects. Fennel is a carminative. It soothes the stomach and relieves gas and bloating. Fennel has also been known to relieve premenstrual and menopausal symptoms. Fennel is also known to be a stimulant.

Fennel is a very good source of vitamin C (the most concentrated amount found in the bulb), folate, potassium and manganese. Fennel is also a good source of niacin, calcium, iron, magnesium, and copper.

The key phytonutrients found in fennel include rutin and quercitin, bioflavonoids which have strong antioxidant and anti-inflammatory properties. Fennel contains anethole, an aromatic compound also found in anise and star anise, which gives this vegetable its distinctive aniseed flavor.

Fennel can be purchased all year around but the best timing is from autumn until spring.

When selecting fennel, make sure to examine the bulbs. The bulb should be clean, firm and without brown marks. The stalks of fennel should be a rich green in color. Avoid buds that have flowered for they have already matured. Most importantly, the fennel should smell of anise.

Fennel ages fairly quickly and loses its flavor so be sure to consume soon after purchase or store in the refrigerator.

In ancient Greek times, the Greeks called fennel “marathon” because it grew in the fields where the Battle of Marathon occurred.

Fennel can be prepared many different ways both fresh and cooked. Fennel with Tomatoes is a quick and tasty way to enjoy this vegetable. Another reader favorite, Fennel with Orange Salad, is a delightful refreshing summer salad. Or, try cooking with fennel and serve as an accompaniment with fish. Martha Stewart has provided an excellent recipe to enjoy fennel. 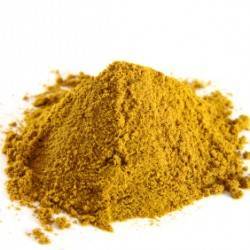 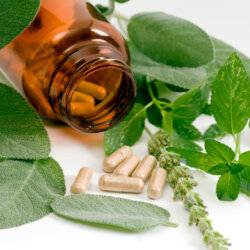 20 Supplements to Avoid Around Surgery