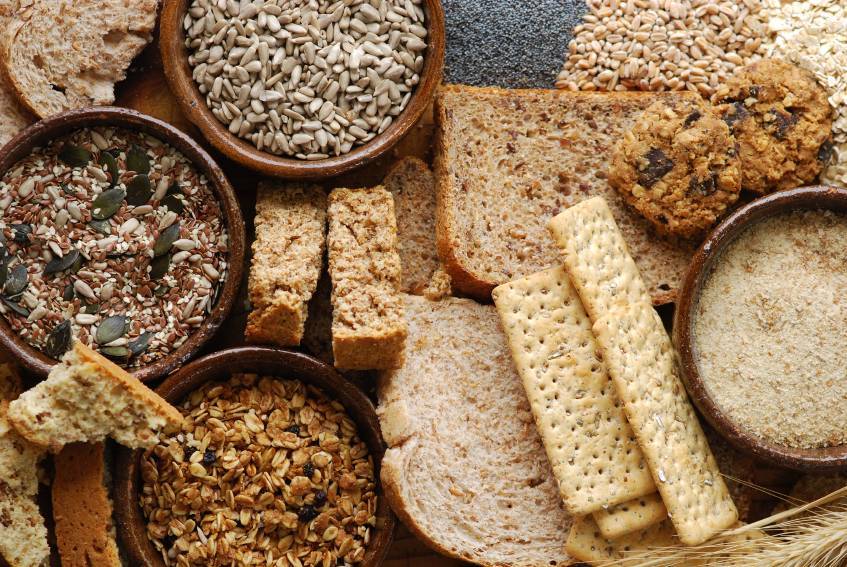 More often than not, when you’re looking to lose weight, you focus on what you’re getting too much of, like calories, fat, or carbohydrates.

But it looks like something you’re not getting enough of – fiber – might be just the thing to help you with your weight loss goals.

So says a new study published in the American Journal of Clinical Nutrition by researchers at the University of Illinois College of Agricultural, Consumer and Environmental Sciences.

For the study, they used samples collected in 2012 from 20 healthy men, whose average fiber intake was about 14g per day, and who were given snack bars to supplement their diet.

Throughout the study, researchers collected and analyzed fecal samples from the participants. Then, using whole-genome sequencing, they examined the types of bacteria in the samples.

Results showed that eating more fiber helped change the bacterial makeup of the participants’ guts. More specifically, the additional fiber led to a decrease in Firmicutes bacteria, a type of bacteria more prevalent in obese people, and an increase in Bacteroidetes, a type of bacteria associated with thin individuals.

[Do I Need to Take a Fiber Supplement?]

However, researchers noted that these changes are sustainable only when the increased fiber consumption is continued. Lead study author Hannah Holscher, PhD, RD, stated, “We’re hoping this study helps people realize that diet – what you eat every day – does affect the bacteria in your gut. We saw these dramatic shifts in bacterial populations with fiber supplementation, but then those shifts went away when people stopped using the supplements.”

“The take-home is if people want to make changes to their diet and have a healthier gut, they need to be everyday changes,” she concluded.

So how much fiber is enough fiber? The daily recommended amount ranges between 25-38 grams per day. But, 90% of Americans are only getting 12-14 grams – clearly not enough to promote the lean bacteria we want in our guts!

So many studies show that higher fiber intake is associated with leanness, and specific fibers such as polydextrose and soluble corn fiber (known as resistant starch) have the potential to help with weight loss. They also have the benefit of being better-tolerated by the body, causing less gas, bloating, and discomfort.

We already know that fiber helps reduce the risk of heart disease, type-2 diabetes, and colon cancer, among other health issues. And with so many adults short on fiber intake and looking to lose weight, too, taking a fiber supplement every day is an easy way to kill two, maybe more, birds with one stone.