Several metabolic risk factors are already evident in a young college students, according to a new study published in the June issue of Medicine & Science in Sports & Exercise.  Both increased body fatness and decreased physical fitness were associated with metabolic risk but gender impacted the effect.

Studies estimate that one third of the U.S. population is overweight and obese at ages 12 – 19 years.  At ages 20 – 30 years, this number almost doubles to 57 percent.  This rise in obesity puts college aged kids at risk for metabolic syndrome, a combination of medical disorders that increase the risk of developing cardiovascular disease and diabetes.  These disorders include elevated waist circumference, triglycerides, blood pressure, and fasting glucose and reduced HDL or “good” cholesterol.

Researchers at Tufts University wanted to examine the relative impact of fitness and body fat on metabolic risk factors in incoming freshman.

The nearly 600 study participants were enrolled in the Tufts Longitudinal Health Study which  followed the health and health related behaviors of undergraduate university students between 1998 and 2007.

In addition to completing a diet and health questionnaire, each student’s body measurements were taken to determine weight, height, BMI and percent body fat.  Blood samples were collected during a 6 year period.  Glucose, cholesterol, triglycerides, HDL and LDL were measured.  Based on the data, students were grouped into four categories depending on their level of fitness and percent body fat:  1) fit and not fat, 2) fit and fat, 3) not fit and not fat, and 4) not fit and fat.

At an average age of 19.4 years, 16.2 percent of the students were overweight or obese and 60 percent had body fat percentages above desirable levels.  The fitness level (based on aerobic capacity or VO2 max) of male participants was much better than U.S. norms for their age.  However, women’s fitness levels were about the same as the national average.

In measuring metabolic risk factors, one third of participants did not meet the recommendations for LDL or “bad” cholesterol (<160 mg/dL) and nearly a quarter were at risk levels of HDL or “good” cholesterol (<40 mg/dL in men; <50 mg/dL in women).  About ten percent of students had triglycerides above the recommended 200 mg/dL.

The results indicate that being either overweight or less physically active predisposes students to greater metabolic risk.  These findings also indicate that in both sexes, being physically fit regardless of body fatness may confer additional health benefits.

“Although cardiovascular disease and diabetes often surface much later in life, our results tell us that men and women in late adolescence and early adulthood are already showing signs of chronic disease risk, but that keeping fit may help reduce this risk” says senior author Jennifer M. Sacheck PhD.

Because of their youth, we often associate college students as being healthy.  But, even in this study where the rate of obesity is half of the U.S. average, college students are already showing at risk levels for at least one metabolic risk factor.

Developing a healthy lifestyle during this phase of a young person’s life is important because habits established now are carried into adulthood.  Unfortunately, late nights, limited funds and ready access to junk food doesn’t make the college campus an ideal environment.

If healthy eating patterns and fitness levels can be established and maintained during young adulthood, this will help to lower the risk of developing cardiovascular disease and diabetes later in life.  Even if students can’t meet their ideal body weight, maintaining physical fitness confers health benefits. 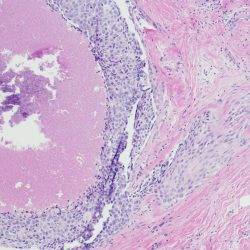 Can Bacteria Cause and Prevent Breast Cancer? 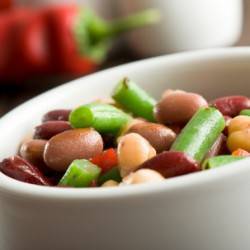