How to Take Charge of Your Allergies & Enjoy Spring | VitaMedica 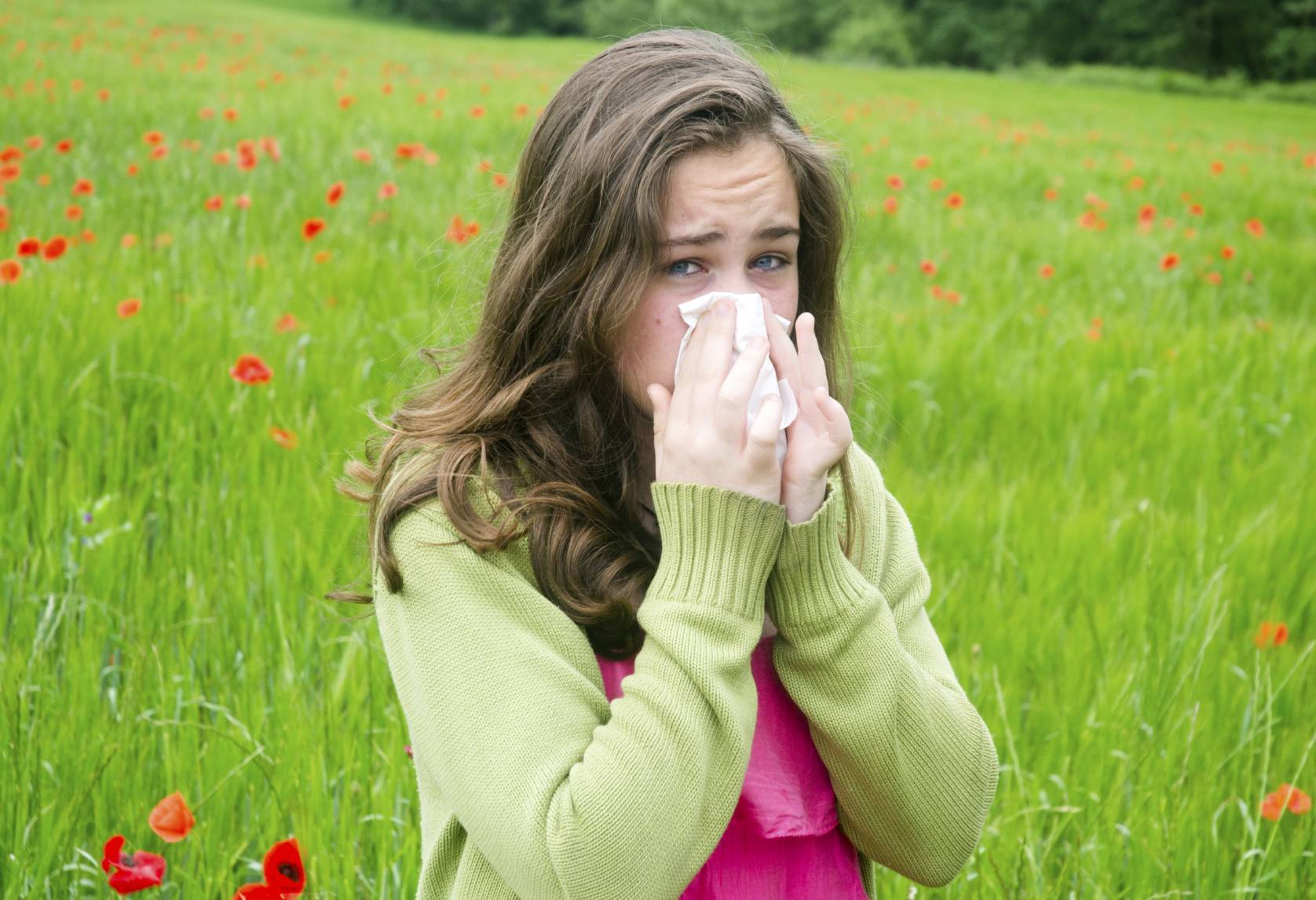 Everyone knows that April showers bring May flowers, but April also means the arrival of spring and seasonal allergies.

About 50 million Americans suffer from seasonal allergic rhinitis, also known as hay fever, and it can seriously affect your health and quality of life. Between a runny nose, watery eyes, and dark under eye circles, it can even affect your looks!

So what can you do when allergy season is on the horizon? Here’s everything you want to know, some stuff you don’t, and top tips to help you survive.

To protect against the intruder, the immune system produces antibodies called immunoglobulin E (IgE). They then cause mast cells and basophils (allergy cells) to release chemicals like histamines into the bloodstream.

With seasonal allergies, depending on where you live, there are generally three pollen seasons that start with spring and continue through the fall. In many part of the U.S., spring allergies can begin as early as February, depending on the climate, and last through early summer or fall. A warmer winter can cause early pollination, and a wet spring season can promote plant growth as well as mold growth, extending the allergy season. The major pollinators include trees, grass, and weeds.

Allergies can be hereditary, meaning that if your parents had allergies, there’s a good likelihood you might develop them, too. But this isn’t guaranteed. And the strange thing is that you don’t usually inherit a specific allergy; instead, you are just more likely to have allergies in general.

Still, some children can develop allergies even when their family members aren’t affected, and when you’re allergic to one thing, you’ve got a big chance of being allergic to others as well.

The three major triggers for seasonal allergies are grass, pollen, and mold.

Pollen.  Pollen is a fine, powdery substance released by plants to fertilize other plants. It gets transported by insects, animals, and the wind, and once airborne, it’s easily inhaled.

People tend to be allergic to specific types of pollen. For example, trees generally pollinate when the weather gets warmer, from February to April. And pollen from birch, cedar, cottonwood, and pine are major allergy triggers. Grass typically pollinates during summer, and Timothy, Johnson and Rye grasses are just a few examples. And weeds – especially ragweed, which can grow almost anywhere – are a major trigger for hay fever all the way into fall.

Pollen counts, which are often included in weather forecasts, measure how much pollen is in the air and can help people plan for their day. Pollen counts are usually higher during the morning and on warm, dry days with a breeze.

Mold.  Mold are fungi that thrive in warm, moist environments. Indoors, molds love dark, poorly ventilated areas like bathrooms, basements, clothes hampers, and under sinks. Outdoors, you can find them in piles of leaves or compost piles. While they tend to be seasonal, many, particularly the indoor varieties, grow year-round.

Other seasonal allergy triggers can include plants like burning bush, cocklebur, pigweed, sagebrush and mugwort, as well as tumbleweed and Russian thistle.

In addition, some people, especially children, have cross-reactions; for example, those allergic to birch pollen might have symptoms when eating apples because apples can have a protein similar to one in birch pollen.

When you are exposed to an allergy trigger, your immune system’s reaction can inflame skin, sinuses, and airways.

About 7-10% of Americans experience seasonal allergy symptoms. They usually develop by around 10 years of age and peak in the teens to early twenties, with symptoms often going away between 40-60 years of age.

Experiencing multiple symptoms at once is quite common. Severity can be different for everyone, and despite being called “seasonal allergies,” more than two-thirds of spring allergy sufferers have year-round symptoms.

If you’re experiencing symptoms, have cold-like symptoms lasting more than a week or two, or feel like you get a “cold” at the same time every year, you might want to see a doctor for a proper diagnosis. Knowing what you’re allergic to can help reduce or treat your symptoms.

Before your appointment, you should:

Once you’re at the doctor’s office, he or she may recommend a test. This might include:

Skin Test.  Your skin is pricked and exposed to small amounts of the proteins found in potential allergens. If you’re allergic, you’ll develop a raised bump or hive at the test spot. Allergy specialists/allergists are generally the ones who perform and interpret allergy skin tests.

Blood Test.  A blood test that’s sometimes called the radioallergosorbent test (RAST) can measure your immune system’s response to a specific allergen by measuring the amount of allergy-causing antibodies in your bloodstream. A blood sample is sent to a medical laboratory, where it can be tested for evidence of sensitivity to possible allergens.

If your doctor believes your symptoms are caused by something else, he or she may recommend additional tests to identify or exclude other medical problems.

If you’ve been diagnosed with seasonal allergies and know what you’re allergic to, the obvious choice would be to avoid exposure to the allergen. But that’s not practical advice if you’re allergic to airborne particles like pollen. Sure, air purifiers and filters can help, but nothing is 100% effective at preventing these particles from reaching your body.

Doctors will often prescribe the use of over-the-counter or prescription medication to help alleviate allergy symptoms. These often include:

Antihistamines.  These medications counter the effects of histamine, the substance that makes eyes water and noses itch and causes sneezing during allergic reactions. Older versions of antihistamines used to have the side effect of drowsiness, but the newer versions are much improved.

Nasal Steroids.  These anti-inflammatory sprays help decrease inflammation, swelling, and mucus production. They work well in combination with antihistamines and, in low doses for brief periods of time, are relatively free of side effects.

Cromolyn Sodium.  A nasal spray, cromolyn sodium can help stop hay fever by blocking release of histamine and other symptom-producing chemicals. Side effects are minimal.

Decongestants.  Available in capsules and sprays, decongestants thin nasal secretions and help reduce swelling and sinus discomfort. Intended for short-term use, they are usually used with antihistamines. Long-term usage of spray decongestants can make symptoms worse, while decongestant pills do not have this problem.

Immunotherapy.   Immunotherapy, or allergy shots, might provide relief for patients who don’t find relief with antihistamines or nasal steroids. This treatment involves a series of injections of purified allergen extracts that alter the body’s immune response to allergens, usually given over a few years, which are meant to help to prevent allergic reactions. While immunotherapy has the potential to provide long-term protection for years after treatment, current immunotherapy treatments are limited because of potential side-effects.

Some people have found relief with natural treatment options. These can include:

Nasal Irrigation.  Rinsing out the sinuses with a saline solution of salt and distilled or sterile water can bring relief to allergy symptoms. A neti pot or special squeeze bottle can help the solution flush out thickened mucus and irritants; care must be taken, however, as improper use can lead to infection.

Herbal Supplements.  Research studies and clinical trials are generating interest in herbal remedies. Butterbur, a European herb, has been found to be an effective non-drowsy antihistamine. Freeze-dried nettles and goldenseal added to saline nasal sprays have also been shown to help wash out pollen and reduce mucus while providing additional benefit with astringent and antibacterial properties. And the flavonoid quercetin has shown some benefits in controlling the release of histamine and other chemicals that elicit allergic response.

Acupuncture.  The ancient Eastern practice is based on the idea that stimulating points outside the body can affect the inside, including the immune system. In fact, a study found that in 26 hay fever sufferers, acupuncture reduced symptoms in all participants with no side-effects.

Probiotics.  A study by the Institute of Food Research in the United Kingdom found that the probiotic Lactobacillus casei reduced levels of an antibody that produces allergy symptoms in cells lining the nasal passages of hay fever sufferers.

Fish Oil.  In addition to fish oil’s well-documented anti-inflammatory effects, a study published in the European Journal of Clinical Nutrition found that higher levels of eicosapentaenoic acid, or EPA, an omega-3 fatty acid found in fish oil, could cut the chance of developing hay fever by up to half.

If you do opt to take the natural approach, it’s important to discuss your choices with your doctor and not to mix treatments with conventional treatments or medication, which may result in harmful reactions or side-effects.

Without treatment, seasonal allergies can grow beyond simple discomfort. Continued inflammation of your nasal and sinus passages can lead to ineffective drainage, resulting in a sinus infection. And since about 70% of people with asthma also have allergies, they could trigger an asthma attack.

Even with medications and treatments, there are ways you can keep yourself more comfortable throughout allergy season. If you’ve already been diagnosed, treat your allergies early. By starting medications or interventions early on, you can reduce inflammation at the get-go and make your symptoms more manageable.

It doesn’t look like allergies are going away anytime soon, and with more air pollution, research shows allergens like pollen are actually undergoing chemical changes and getting even more potent. But now that you’re a seasonal allergy expert, you can get your allergies under control and enjoy spring, summer, and fall without worrying!

A Vegetarian Diet May Help You Live Longer 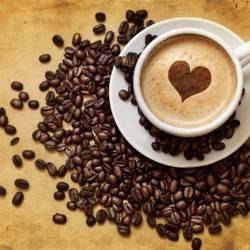