Consuming a moderate amount of protein during a meal maximally increased muscle mass in both the young and elderly, according to a new study published in the September issue of the Journal of the American Dietetic Association.

Researchers at the University of Texas Medical Branch at Galveston wanted to determine if a larger protein meal, which is typical of restaurant fare, increased muscle synthesis rather than a smaller protein meal.

The scientists also wanted to determine if muscle synthesis differed among the young and elderly. It is common for the elderly to not have sufficient protein intake. As a result, this puts them at greater risk of developing sarcopenia – the loss of muscle mass and strength that occurs with aging. If a higher protein intake increases muscle synthesis, then increasing the recommended dietary allowance of 0.8 grams protein/kg/day is prudent†.

To test their hypothesis, thirty-four healthy study participants were recruited. Half were young (average age 34) and the other half were elderly (average age 68).

In all groups there seemed to be little difference in protein muscle synthesis. Eating 12 ounces increased it by 46% in both the young and elderly groups, while 4 ounces sparked a 50% increase.

Lead researcher Douglas Paddon-Jones summarized, “We suggest that instead of a single, large protein-rich meal, ingestion of multiple moderate-sized servings of high-quality protein-rich foods over the course of a day may represent an effective means of optimizing the potential for muscle growth while permitting greater control over total energy and nutrient intake.”

Most Americans eat very little protein at breakfast, a small amount at lunch and a large portion at mealtime. This study indicates a benefit in redistributing protein intake throughout the day.

Adding protein to meals is easy. Instead of eating a bagel for breakfast, opt a hard boiled egg or a 1-2 slices of turkey breast. Adding Greek yogurt to a bowl of fruit increases the protein content by 9 grams. At lunchtime, add a small piece of leftover grilled chicken breast or salmon to increase the boost the protein content of the meal. Add beans (kidney beans, white beans, chick peas) to soups, salads and stews. 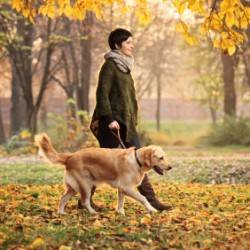 11 Health Benefits of Having Pets