More Americans are Lighting Up and Inhaling | VitaMedica

The use of illicit drugs increased between 2008 and 2010 to 22.6 million Americans (8.9% of population), according to a national survey. This rise was fueled by increased use of marijuana.

The National Survey on Drug Use and Health (NSDUH) is conducted by the Substance Abuse and Mental Health Services Administration (SAMHSA). The annual survey tracks the use of illicit drugs, alcohol and tobacco in the individuals aged 12 and older.

An explanation for the increased use in marijuana is attributed to changes availability. According to Gil Kerlikowske, director of the Office of National Drug Control Policy in the U.S., increases are especially prominent in state in which medical marijuana use is legal.

Increased marijuana use is also attributed to changes in attitude. Youths were less likely to perceive great risk for smoking marijuana than for the use of other illicit substances. Consistent with decreasing trends in the perceived risk of marijuana use, the prevalence of use among youths increased between 2008 (6.7%) and 2010 (7.4%).

Other highlights from the survey include:

The topic of drug use, especially marijuana, has heightened in the recent years as states look to legalize this substance as a means to increase state coffers.

I find it interesting that some people are adamantly opposed to marijuana because it’s a drug. Yet, they seem to worry less about alcohol. From my perspective, I think alcohol is a far greater public health issue because it’s so widely accepted in our society.

As part of this conversation, the question of whether marijuana is considered a gateway drug is also often brought up. My response? I don’t think so. Instead, I believe that there are gateway people. These individuals abuse illicit substances because they want to reduce anxiety or feel better about themselves. Until their underlying issues are addressed, then their problem of illicit drug use won’t go away.

As this study points out, the initiation of illicit substances occurs at a young age and that prevention messages don’t really work. But, it also demonstrates that parental involvement is very important.

So, if you want to make sure that your kids don’t abuse tobacco, alcohol or drugs, start first by setting a good example. Next, stay involved with your kids and monitor their behavior and actions. Encourage your kids to work at endeavors where they can gain confidence and learn more about themselves. That way, they won’t need illicit substances to make them feel better.

The Health Benefits of Soy 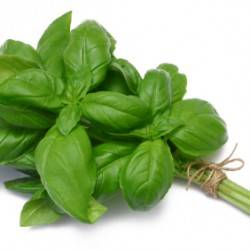 Bottled Water – is the Premium You Pay Worth it?