Study results will be published in the August issue of Archives of General Psychiatry.

Researchers wanted to investigate antidepressant use from 1996 to 2005 among various sociodemographic groups. The study was funded by the National Alliance for Research on Schizophrenia and Depression, a non-profit group.

A disturbing trend found amongst antidepressant users was that the use of antipsychotic medications increased from 5.5% in 1996 to 8.9% in 2005, a 62% increase. At the same time, those undergoing psychotherapy declined by a third from 31.5% to 19.9%. While the expense of therapy may have contributed to the decline, this is unfortunate. Findings in the depression field generally show that the combination of medication and therapy is more effective than drugs or therapy alone.

“The fact that some of these people receiving both treatments, not by psychiatrists but by primary care physicians – that’s an issue that warrants close attention,” said Mark Olfson, one of the study authors and a professor of clinical psychiatry at Columbia University. He continued, “There are safety risks given the greater complexity” of a condition that requires dual mediations.

Clearly Americans love their antidepressants as they are the most commonly prescribed class of medications in the U.S. However, these powerful medications are not without their dangerous side-effects which include increased thoughts of suicide, insomnia, sexual dysfunction and weight gain.

Part of the reason for the increased antidepressant use may lie in the pharmaceutical industry’s willingness to push them. In 1999, big pharma spent $32 million on consumer antidepressant advertising. In 2005, this number swelled to $122 million. Consumer advertising promotes awareness of a drug but tends to down play its side-effects.

As with so many other vexing problems, depression responds well by treatment from multiple angles. This includes a healthy diet, nutritional supplements, psychotherapy (cognitive behavior therapy or CBT) and in some cases, medications. The ideal? Start with the least invasive and costly treatment options. Then, determine what’s working (or not working) and make adjustments accordingly.

A simple place to start is by adding more fish to your diet. Several well-designed studies have demonstrated that populations that have higher fish consumption have lower rates of depression.

If you don’t like fish, then consider adding a fish oil supplement to your diet. A number of studies have demonstrated that people who do not get enough omega-3 fatty acids or do not maintain a healthy balance of omega-3 to omega-6 fatty acids in their diet may be at an increased risk for depression. The omega-3 eicosapentaenoic acid (EPA) appears to be the ingredient with the therapeutic effect so look for supplements that have this as the primary ingredient. 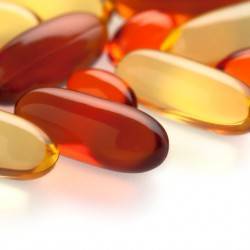 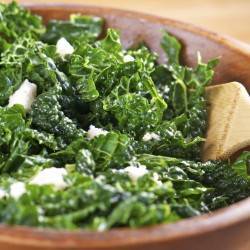 Yet Another Reason to Consume Omega-3s