Since their inception in 1980, the Dietary Guidelines have been published every 5 years.  During this 30 year period, the recommendations have not changed dramatically.  What has changed is the population, two-thirds of whom are overweight or obese.  The 2010 panel concluded that the over-consumption of total calories coupled with very low physical activity and too much sedentary time has led to the current obesity epidemic.

To address an increasingly unhealthy population, the 13 panel committee of independent experts issued the following recommendations:

This year’s recommendations differ from previous ones in that panel experts acknowledge that Americans need assistance in ensuring a health-promoting diet and achieving and maintaining energy balance.

The report said, “The daunting public health challenge is to accomplish population-wide adoption of healthful dietary patterns within the context of powerful influences that currently promote unhealthy consumer choices, behaviors and lifestyles.”

Clearly, a coordinated effort needs to be made by public health officials, communities and schools to make healthy foods and physical activity more accessible.  In children, among whom obesity rates have tripled in the past 30 years, this is especially important as eating patterns established in childhood often are carried into adulthood.

It will be interesting to see how the 2010 Dietary Guidelines for Americans look.  But, given the highly political process (think dairy and meat lobby), we’re not holding our breath.

In the meantime, eating away from home (and we’re doing this much more) is associated with increased risk of weight gain, overweight and obesity.  So, if you want to lose or maintain weight, and eat more health promoting foods, then preparing and eating meals at home is a must.  It requires effort, energy, time and money (healthy foods cost more), but what’s more important than the health of you and your family? 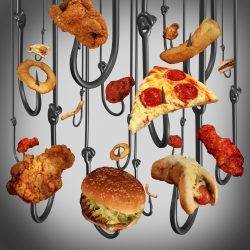 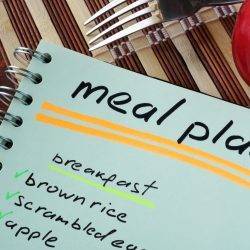 Is This Bad Habit Causing Your Weight Gain?