Packages on every shelf at the grocery store tout the health benefits of Omega-3 fatty acids, with labels on everything from eggs to dog treats trumpeting “omega-3 content.”

But a newly released study seem to justify these claims, suggesting that supplementing our diets with more omega-3s can have significant effects on aging and inflammation.

The study, published in the journal Brain, Behavior, and Immunity, shows that omega-3 supplementation could slow a key biological process linked to aging known as telomere shortening.

Telomeres are tiny segments of DNA that shorten as we age. Over time, cells with shorter telomeres can no longer replicate; eventually, as more and more cells stop replicating, tissue damage and the indicators of aging become apparent.

Anti Aging Supplements – What You Need to Know

For the study, data was collected from 106 overweight or obese adults who averaged 51 years of age and led sedentary lives. Participants were given a placebo pill containing an oil blend representative of the average American daily intake or supplemented with 1.25g or 2.5g of omega-3 fatty acids. The omega-3s were composed of two cold-water fish oil fatty acids, eicosapentaenoic acid (EPA) and docosahexaenoic acid (DHA), at a ratio of seven to one.

Participants of both groups that increased omega-3 consumption saw a lengthening of telomeres in white blood cells (immune system cells) compared to individuals in the placebo group. Analysis indicated that the lengthened telomeres were associated with decreasing omega-6s and increasing omega-3s in the diet.

Supplementation showed the added benefit of reducing free-radical-induced oxidative stress, which has been linked to many conditions including heart disease and neurodegenerative disorders. Compared to participants in the placebo group, those in the supplement groups saw about a 15% reduction.

Inflammation was also decreased when telomeres were lengthened. A previous analysis by the researchers showed that omega-3 supplementation lowered the inflammatory marker interleukin-6 (IL-6) by 10 to 12%. Placebo recipients, on the other hand, saw a 36% increase of IL-6 in the bloodstream by the study’s end.

“The telomere finding is provocative in that it suggests the possibility that a nutritional supplement might actually make a difference in aging,” said Jan Kiecolt-Glaser, professor of psychiatry and psychology at Ohio State and lead author of the study. In addition, “People who are less healthy than this group, and especially those who experience chronic stress, may gain even more benefits from omega-3 supplementation.”

The benefits of omega-3s on health are well documented, but these findings are especially significant for our aging population, particularly when considering the palpable effects of aging and the inflammatory conditions they are at greater risk of developing.

What’s important to understand from this study is not just the significance of omega-3 supplementation but also the ratio of omega-3s to omega-6 fatty acids in our diet. Western diets tend to be high in omega-6 fatty acids (found in vegetable oils) and deficient in omega-3s, which are found in fish and flaxseed. This imbalance, which averages about 15-to-1, should be lowered to 4-to-1 or 2-to-1 in order for us to see the greatest benefit to our health and to reduce inflammation.

And while a recent review of studies (meta analysis) seems to suggest that omega-3s may not directly prevent heart attacks, strokes, or heart-disease-related deaths, a deluge of others associate omega-3s with lower levels of Alzheimer’s disease and dementia, decreased risk for macular degeneration, improved reading and behavior in young students and those with ADHD, mild relief from rheumatoid arthritis, and lower rates of depression.

In fact, the American Heart Association continues to recommend that people get more omega-3s in their diet for heart health, suggesting that the study used unusually strict standards, which, had they been closer to prevailing standards, would have actually indicated that omega-3 supplements lower cardiac deaths by 9%.

To take advantage of the myriad of benefits omega-3s offer, supplementing your diet with a high-quality omega-3 formula like VitaMedica’s Super EPA/DHA Fish Oil, which delivers one of the highest levels of EPA and DHA at an optimum ratio, should be considered. 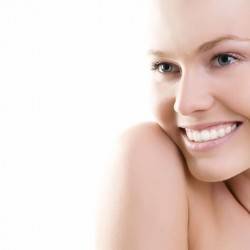 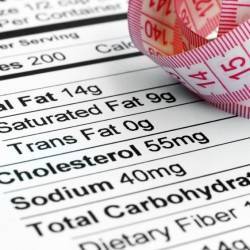 Best Anti-Aging Skin Supplements – What to Look For (INFOGRAPHIC)