Last November, the results from studies that examined the role of the supplements glucosamine and chondroitin in the treatment of arthritis were presented at the annual scientific meeting of the American College of Rheumatology (ACR).

In February, the results from the Glucosamine/Chondroitin Arthritis Intervention Trial (GAIT) study were published in the New England Journal of Medicine.  While the overall study showed limited benefit from using the supplements either alone or in combination versus placebo, a small subgroup of patients with moderate to severe pain experienced a 29% improvement.  While some in the medical field interpret the results as proof of the limited efficacy of joint health supplements, others call the findings significant and positive.

“Consistent with prior research, the researchers found that glucosamine sulfate was more effective in relieving pain than acetaminophen.”

At the same time the GAIT study results were discussed at the ACR meeting, the results of the GUIDE (Glucosamine Unum in Die Efficacy) study were also presented.  The GUIDE study which was conducted in Europe, compared the effects of glucosamine sulfate to acetaminophen (Tylenol®) in 318 patients with knee osteoarthritis.  Consistent with prior research, the researchers found that glucosamine sulfate was more effective in relieving pain than acetaminophen.

Osteoarthritis is the most common form of arthritis, affecting some 20 million Americans.  As baby boomers age, it is expected that the number of people afflicted by this disease will only increase.  This chronic, degenerative disease which primarily affects the joints of the spine, hip and knees is characterized by pain, joint damage and stiffness.

In recent years, many people have turned to supplements like glucosamine and chondroitin as a safer alternative to the routinely prescribed non-steroidal anti-inflammatory drugs (NSAIDs). A few years ago, COX-2 NSAID drugs including Celebrex® and Vioxx® were heavily marketed as a safer alternative to standard NSAIDs like Advil®.  However, an increase in cardiovascular side-effects prompted the FDA to temporarily pull these drugs off the market in 2004.

In Europe, at least 20 double blind studies have been conducted on glucosamine sulfate and the supplement is widely prescribed by European physicians in the treatment of osteoarthritis.  While the supplement has been less widely accepted by the conventional medical community in the U.S., a study published in 2001 in the British journal the Lancet, convinced the American Academy of Orthopaedic Surgeons (AAOS) to recommend glucosamine sulfate as an adjunctive therapy for the disease.

The well-designed Lancet study tracked patients with knee osteoarthritis over 3 years.  At the end of the study, the authors concluded that glucosamine sulfate supplementation significantly reduced the progression of knee osteoarthritis.

Given the large number of people afflicted with osteoarthritis, the associated health care costs in treating the disease, and the lack of treatment alternatives, the National Institutes of Health (NIH) initiated the GAIT study in 2000.  At a cost of over $12 million, the study was conducted at 16 clinical centers in the U.S. and was completed in 2004.

VitaMedica Glucosamine Sulfate: Only 2 capsules a day to obtain the benefits found in clinical studies

The study involved over 1,500 patients randomly assigned to one of four treatment groups:  1,500 mg of glucosamine hydrochloride daily; 1,200 mg of chondroitin sulfate daily; both glucosamine and chondroitin daily; 200 mg of celecoxib (Celebrex®) daily; or placebo for 24 weeks.  Patients were also divided into two groups:  those with mild pain (1,229) and those with moderate to severe pain (354).

To be eligible for participation, patients needed documented x-ray evidence of osteoarthritis and a minimal pain threshold (A summed pain score of 125 to 400 as measured by WOMAC†).  Patients were allowed to take up to 4,000 mg of acetaminophen (Tylenol®) daily as rescue analgesia, except within 24 hours before clinical evaluation of joint pain.  Patients were evaluated at baseline and at weeks, 4, 8, 16 and 24.  The average age of participants was 59 years and 64% were women.

The primary outcome of the study was to decrease the summed pain or WOMAC score by 20%.  Secondary outcomes included improvement in scores for stiffness and function and a patient’s overall assessment of disease status and response to therapy.

At the study’s completion, the rate of response for the primary study outcome was about the same for each group (placebo: 60%; glucosamine: 64.0%; chondroitin: 65.4%; glucosamine and chondroitin: 66.6%; celecoxib: 70.1%).  Acetominophen use was low with participants using fewer than 500 mg per day.

In addition, secondary outcome scores for pain, stiffness, function, disability and overall assessment of response to therapy were not statistically significant.  However, a greater proportion (20.7%) of patients in the combined glucosamine and chondroitin group showed a trend toward improvement in joint swelling, effusion or both (vs. 19.9% for placebo; 18.4% for glucosamine, 12.4% for chondroitin and 13.4% for celecoxib).

In examining the subgroup of 354 patients with moderate to severe pain (WOMAC pain score of 301-400), 79.2% had improvement in their pain score, a statistically significant result (vs. 54.3% for placebo; 65.7% for glucosamine; 61.4% for chondroitin; and 69.4% for celecoxib).  In addition, the rate of response for pain, stiffness, function, disability and overall assessment of response to therapy scores were much better for this subgroup.

Despite the problems associated with COX-2 drugs, the number of adverse events reported was generally mild and evenly distributed amongst the groups.  The study did not find an increased risk of events among patients with diabetes who received glucosamine but the study was not designed to assess this risk.

As the first large, well-designed study in the U.S. to examine the role of glucosamine and chondroitin either alone or in combination in the treatment of osteoarthritis, the GAIT study is important.  However, a number of key concerns are worthy of mentioning.

The GAIT study may have limitations because of the relatively mild degree of pain from participants may have reduced the researchers ability to detect benefit from treatment modalities. Widely used outcome measures may not be sensitive to detecting improvement in patients with mild symptoms.

The GAIT study includes an ancillary study which will follow about half of the patients for an additional 18 months.  The purpose of this leg is to determine if glucosamine or chondroitin either separately or in combination can halve the progression of osteoarthritis.  Researchers will compare x-rays taken at the beginning of the study and after 1 and 2 years of treatment to identify changes in the knee joints.

In the meantime, it is recommended that health care professionals advise their patients of the various treatment options available.  As with any disease, different patients respond to different treatments.  While glucosamine and/or chondroitin may work for some patients and not for others, given the minimal side-effects and the low out-of-pocket cost of these popular supplements versus conventional drugs, recommending them to patients still makes sense. 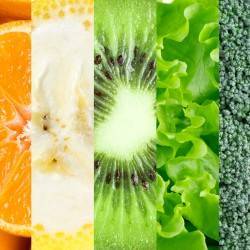 Boost Your Mood With These Foods 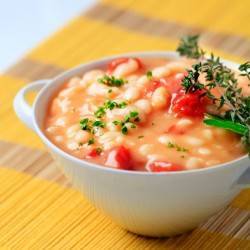