Nutritional supplement use is relatively common among physicians and when they recommend these products to their patients, they tend to do so for reasons related to their specialty, according to a study published in the March 3rd issue of Nutrition Journal.

This study reported on the findings from the second of a series of surveys administered to healthcare professionals.  The so-called Healthcare Professionals 2008 Impact Study is part of “Life…supplemented” – a wellness initiative funded by the Council for Responsible Nutrition (CRN).

Data was collected from 900 physicians – with 300 represented from each specialty.  Respondents completed an online questionnaire and were paid a nominal fee for their participation.  The vast majority of respondents were male.  Most were between 40 to 59 years and had been in practice for more than 10 years.

Of the 26 types of supplements, multi-vitamin use was one of the most commonly reported.  Forty-four percent of cardiologists, 61% of dermatologists and 57% of orthopedists had used a multi-vitamin in the past year.  Over 25% of the physicians in each specialty reported taking an Omega-3/fish oil supplement and 20% had taken a botanical supplement.

Most of the physicians participating in the study were long-term supplement users.  About half had taken supplements for 4 to 10 years and about a third had been taking them for more than 10 years.

The reasons for recommending supplements to their patients related to a physician’s specialty.  Among cardiologists, lowering cholesterol and heart health were cited more often.  Among dermatologists, more than three-quarters recommended supplements for hair, skin and nails.  Among orthopedists, joint and bone health along with musculoskeletal pain were listed as key reasons.

Most of the physicians surveyed, discussed nutritional supplements with their patients.  The particular supplements discussed tended to relate to their specialty.  For cardiologists, Omega-3/fish oil and Coenzyme-Q10 were most often asked by patients.  Dermatology patients asked about vitamin E, vitamin D and Omega-3s/fish oil.  Orthopedic patients asked about glucosamine/chondroitin, calcium and vitamin D.

When asked about their attitudes toward dietary supplements, physicians recommended supplements for their patients:

Researchers cautioned that respondents in this survey were physicians who volunteered to participate in a survey about nutritional supplements and their behavior may not be representative of the larger physician population.  However, the reported usage of supplements by physicians in this survey is consistent with national data that indicates increased supplement use in older adults with more education levels.

It’s good to see that within these few specialties that physicians reported recommending supplements to their patients.  However, based on my own personal experience, many doctors are not well-informed or have a neutral or negative attitude toward supplements.

Part of this reason may be due to the lack of training physicians receive in nutrition and dietary supplements.  As we have previously reported, there has been a longstanding concern that medical education fails to provide practitioners with a sound basis for evaluating the role of nutrition in health and disease.

As we have always said, nutritional supplements should be viewed as one of several elements of a healthy lifestyle that includes a healthy diet, physical exercise, stress management, etc.

Nutrition Labeling Coming to a Store Near You 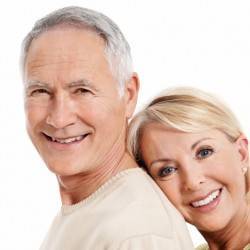