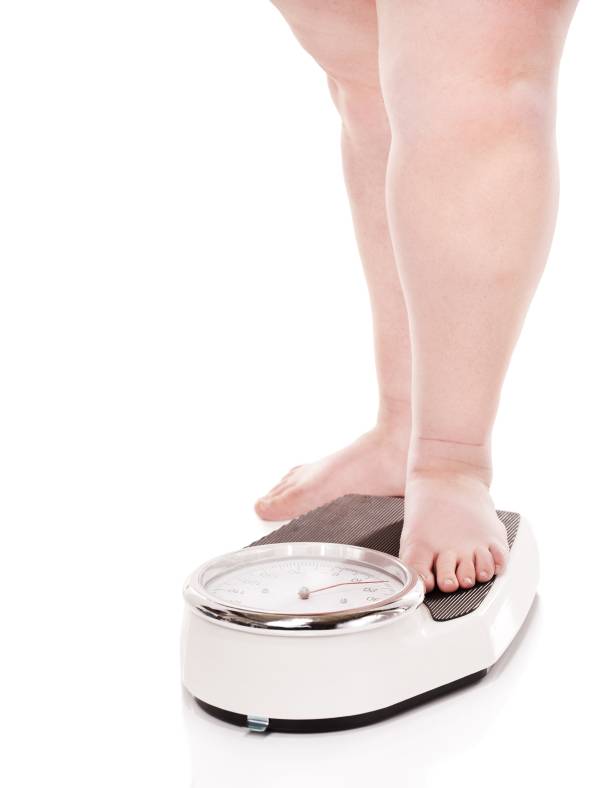 Each day we hear more about the benefits of taking a probiotic supplement.  The most common reason for supplementing with these beneficial bacteria is to support digestive health and boost immunity.

But, you may be surprised to learn that an emerging area of research is exploring the relationship between probiotics and weight loss.  In fact, future treatments for obesity may involve modifying the mix of gut microbiota using probiotics for women or prebiotics.

Read below to learn more about probiotics and weight loss and how these beneficial bugs may help you to reach your weight management goal.

As a Greek word, probiotic means “for life.”  Probiotics are live microorganisms, which when administered in adequate amounts confer health benefits to us.  Probiotics balance and restore intestinal microbiota or protect against an upset in the equilibrium of the intestinal tract.  Most, but not all probiotics are bacteria.

Prebiotics act as a food source for the beneficial bacteria, allowing them to replicate and flourish in the intestinal tract.  VitaMedica’s Probiotic-8 combines both probiotics and prebiotics into what is referred to as a synbiotic.

How are Probiotics Acquired?

Prior to birth, a baby does not have any bacteria in his/her digestive tract.  The newborn acquires beneficial flora while being delivered through the birth canal.  Another source of friendly bacteria for a newborn is mother’s breast milk.  Not surprisingly, babies born via Caesarean section and who are bottle fed miss out on these two important opportunities to acquire beneficial bacteria from their mother.

Breast fed babies have higher levels of the beneficial Bifidobacteria than bottle fed babies.  As you will read later on, this may help explain why breast fed babies are at a lower risk for developing obesity later in life.

During the first 2 years of life, environment and nutrition influence a person’s microbiome or intestinal flora.  After this period, an individual’s predominant gut microbiota remains remarkably stable throughout adulthood.  However, temporary changes in the intestinal flora occur due to dietary modifications, surgery, infection and antibiotic use.

What are the Predominant Probiotics?

New techniques have allowed researchers to identify what bacterial families and species reside in the human gut.  They have found that the human intestinal tract is teeming with bacteria – harboring 100 trillion microorganisms!  These beneficial organisms are collectively referred to as the microbiome and are primarily made up of bacteria.

While each individual’s microbiome is unique – similar to a fingerprint – the microflora of the intestinal tract is dominated by two bacterial groups:  Bacteroidetes (48%) and Firmicutes (51%).  As you will learn later, the mix of these two divisions differs in lean and obese individuals.

The microbiota in our intestinal tract is critical to maintaining normal digestive and immune function.

Probiotics assist in the breakdown of food, particularly carbohydrates and fats. They also synthesize vitamin K and some B-vitamins.  Given that probiotics play a role in metabolism, an intense area of interest is understanding the relationship between our gut microbiota and obesity.

With 70% of the body’s immune system located in the digestive tract, it’s not surprising that probiotics play a key role in immune system function.  Friendly bacteria ward off “unfriendly visitors” through a variety of mechanisms including lowering the pH of the intestines and preventing unfriendly bacteria from adhering to intestinal walls.

Studies on Probiotics and Obesity

Why is it that some people eat very little yet gain weight easily while others eat much more and don’t gain an ounce?  Certainly a high-fat diet, increased consumption of sugars and physical inactivity contribute to weight gain.  However, exciting new research indicates that the composition of bacteria in our GI tract may protect or predispose an individual to obesity.  Given their role in energy balance and metabolism, this implies that the microflora play a critical role in the development of obesity.

Based on animal and human studies, researchers believe that the microbiome may contribute to obesity in several ways including increasing energy harvest (more calories are extracted from food ingested) and promotion of fat deposition (more fat calories are stored versus used up).  Let’s take a look at studies conducted on probiotics and obesity.

Like humans, mice have beneficial organisms that reside in their gut which aid in digestion.  To better understand the role of obesity and probiotics, researchers bred mice to have no innate gut microbiota.  What they found is that these “germ-free” mice had 42% less body fat than their normal counterparts even though they consumed 29% more food.

In a similar experiment, germ-free mice were fed a Western-style, high-calorie diet.  After 8 weeks, the germ-free mice gained significantly less weight than their normal counterparts.

Next, researchers transplanted beneficial bacteria from the normal mice into the germ-free mice.  This resulted in a 57% increase in body fat (and insulin resistance) despite any changes in what the previously germ free mice ate or how much they exercised.

Does this mean you should eliminate all the beneficial bacteria from your GI tract?  Of course not!  We need these microorganisms to extract nutrients from the foods we eat.  The problem is that our digestive system adapted during a time when food was relatively scarce and extracting the maximum amount of nutrients was critical to survival.  Unfortunately, our bodies are not designed to thrive in an obesogenic environment where not only too much food but the wrong types of food are widely available.

In a study, researchers found that obese mice had 50% fewer Bacteroidetes (think beneficial) and correspondingly more Firmicutes (think fat) than their lean counterparts.  Despite alterations in diet, these distinctions remained fairly constant over time.  This suggests that the differences in bacterial composition can’t be explained by diet alone.

Likewise, in a small human study, researchers found obese individuals had fewer Bacteroidetes and more Firmicutes than their lean counterparts.  However, when the obese participants were placed on a fat-restricted or carbohydrate-restricted diet for over a year, the proportion of Bacteroidetes increased while the Firmicutes decreased.  This indicates that alterations in our gut bacteria occur as a result of a changes in the diet.

Why is the presence of more Firmicutes associated with obesity?  Cells in the colon derive most of their energy requirements from complex carbohydrates that Firmicutes break down.  The greater prevalence of this bacterial division may make it easier for cells to uptake energy from otherwise indigestible carbohydrate sources (starches and sugars).

You may be surprised to learn that high-fructose corn syrup (HFCS is the sweetener used in soft drinks and other foods) is a prebiotic.  Firmicutes thrive on this type of “food”.  The rise in obesity over the past 20 years may be related to our increased consumption of HFCS via soft drinks.  Perhaps, unwittingly, through increased consumption of HFCS, our microbiota has shifted away from Bacteroidetes to more Firmicutes.

What does all of this mean?  The type and balance of beneficial flora in your intestines may push your body toward either obesity or leanness.  As a result, manipulating these microbe populations may potentially help change your weight.

Unlike their lean counterparts, the kids becoming overweight also had a greater number of S. aureus (known as “staph” – this species can cause a number of diseases).  This bacterium may trigger low-grade inflammation which may also contribute to obesity.  The findings imply that the mix of bacteria in a young child’s gut could influence whether they are prone to obesity later in life.

How to Find the Best Probiotic Supplement

Studies on Probiotics and Weight Loss

A few studies have examined whether taking a probiotic supplement influences our ability to lose weight.

In a 2010 Japanese study, 87 overweight participants either took a Lactobacillus probiotic or a placebo.  After 12 weeks, the probiotic group reduced abdominal fat by 4.6% and subcutaneous fat by 3.3%.

In another study, women were less likely to become obese after giving birth if they had taken probiotics (Lactobacillus and Bifidobacterium) during pregnancy.  One year after childbirth, women who got the probiotics had the lowest levels of central obesity (the prevalence of belly fat or central obesity was just 25% in women taking probiotics compared with 43% in women taking a placebo) as well as the lowest body fat percentage.

Prebiotics, the food source for probiotics, may also play a role in weight management.  Some studies indicate the prebiotics can promote satiety or a feeling of fullness, by increasing levels of a satiety hormone or by reducing the production of ghrelin, a hormone that stimulates the appetite.

These studies indicate that taking a probiotic or prebiotic supplement could play a supportive role in a weight management program.

Clearly more research is needed in the area of probiotics and weight loss.  At this time, it’s not clear whether the balance of microbiota causes weight gain or is a result of it.  Additionally, it is not clear which particular strains of bacteria promote obesity or leanness.  What is certain that cutting calories and losing weight can favorably change the ratio of bacteria in your bowel.

If you want to be healthy, have energy and look your best, then our advice is to eat a health-promoting diet which features plenty of colored fruits and vegetables, lean protein and unsaturated fats (nuts and seeds; non-fat dairy, olive oil, fish oil or flax seed oil).  To ensure that your digestive system works at its peak, we also recommend taking a probiotic supplement like our Probiotic-8. When combined with regular physical activity, your body will naturally maintain a normal weight. 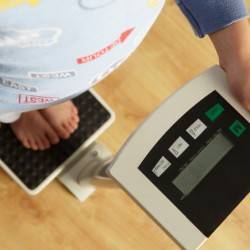 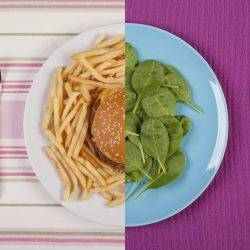 How To Lose Weight Eating Your Favorite Foods