Supplementing with a probiotic is associated with a 42 percent lower risk of developing antibiotic-associated diarrhea (AAD), according to a new study published in the May 9 issue of the Journal of the American Medical Association (JAMA).

In patients taking antibiotics, almost 30 percent discontinue the medication as a result of diarrhea and is an important reason for nonadherence with antibiotic treatment.

Evidence of the effectiveness of probiotics in treating AAD is increasing.  At the same time, interest in their use has increased over the past few years.  These observations led researchers at RAND to broadly evaluate the available evidence for probiotics in the prevention and treatment of AAD.

Researchers conducted a systematic review of 82 clinical studies.  After pooling the results (meta-analysis) from 63 clinical studies involving nearly 12,000 patients, researchers found probiotic use was associated with a 42 percent lower risk of developing antibiotic associated diarrhea compared with a control group not using probiotics.

This finding was consistent across a number of subgroups including participants’ age, probiotic genus, reason for taking antibiotics, duration of antibiotics and in-hospital/outpatient treatment.

The use of probiotics benefited patients after antibiotic therapy.  In the 7 studies that reported instances of AAD after cessation of antibiotic therapy, the patients experiencing diarrhea was 56 percent lower in the probiotic groups than in control groups.

In all of the 82 trials reviewed, none reported any serious adverse events due to the administration of probiotics.

Antibiotics and Probiotics: What You Need to Know

Probiotics help restore the gastrointestinal tract during or after antibiotic treatment through a number of mechanisms including receptor competition, competition for nutrients, inhibition of pathogens to adhere to the gut wall lining, lower pH favoring the growth of beneficial flora, stimulation of immunity or production of antimicrobial substances.

Given that many antibiotics used today are broad spectrum, the likelihood that their use will wipe out both the bad and good bacteria is likely.  In doing so, this creates gastrointestinal upset which can lead to diarrhea.

Whether you’re having surgery, recovering from a bacterial infection or suffering from acne, it’s very likely that your doctor will prescribe an antibiotic.

As this study points out, by simply taking a probiotic supplement like VitaMedica’s Probiotic-8 while on antibiotic therapy, you can reduce the likelihood that you’ll suffer from antibiotic-associated diarrhea.

Why Running Doesn’t Cause Osteoarthritis 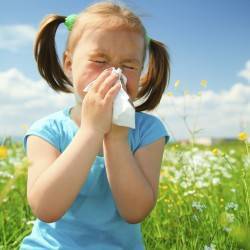 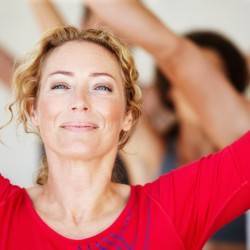