Quinoa – An ancient grain that is a nutritional powerhouse | VitaMedica 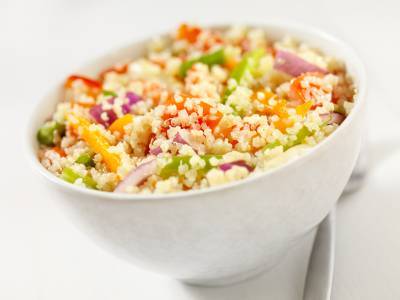 Quinoa (pronounced keen-wah) is an ancient grain.  Although recently rediscovered in the U.S., quinoa has been cultivated in the Andean mountains of Peru, Chile and Bolivia for over 5,000 years. The grain was prized by the Incas who believed it to be sacred and referred to quinoa as the “mother seed.”

Quinoa is mostly referred to as a grain but botanically speaking it is a seed.  The plant is related to spinach, beetroot and chard.  Like its green relatives, the leaves of the quinoa plant can be eaten.  Unlike its leafy counterparts, quinoa greens are difficult to find at the grocery store.

Quinoa grows on stalks that climb three to nine feet. Although the large seed head can vary in color from red, purple, orange, green, yellow and black, the most popular type is transparent yellow.  When cooked, quinoa has a fluffy, creamy and slight crunchy texture and a somewhat nutty flavor.  The black and red varieties have a heartier flavor than the more commonly found white types.

After quinoa is harvested, seeds go through a process to remove their coating which contains bitter tasting saponins, a soap like substance. This compound protects the plant while growing and keeps birds from eating the seeds.

A cup of quinoa (without any added salt or spices) has 222 calories. The majority of these calories come from carbohydrates but this serving also provides 5 grams of dietary fiber and 8 grams of protein.  Unlike many other grains, quinoa contains a balanced set of essential amino acids making it a complete protein source.

Quinoa is an excellent source of folate and a good source of several B-vitamins including thiamin, riboflavin and vitamin B-6.

Quinoa is also a concentrated source of numerous minerals.  It is an excellent source of manganese and magnesium, with one cup providing 58% and 30% of daily values.  This grain is also a good source of copper, iron, zinc, potassium and selenium.

This seed is gluten free so it is ideal for people who have wheat allergies. Quinoa is also very easy to digest. Because of its high protein content, quinoa is a great meat substitute for vegetarians and vegans.

Quinoa contains plant lignans. These phytoestrogens or plant estrogens have weaker estrogenic activity than human estrogen.  Lab studies have shown that lignans may block the proliferative effect of estrogen in breast cancer development.  Other lab studies have shown that these plant chemicals may have a protective effect against prostate cancer by stunting tumor growth.

Quinoa is available year round in most supermarkets in prepackaged containers or in the grain section in bulk bins.

Be careful when purchasing quinoa in bulk bins; make sure it is stored in covered bins free from debris. If you buy in bulk, purchase from a store that has a high turnover of product (e.g., Whole Foods).

To maximize freshness and to ensure no moisture gets into the quinoa, store the seeds in an airtight container.   Quinoa will stay fresh up to three to six months if stored in the refrigerator.

Quinoa is a quick healthy addition to any meal that is packed full of protein and takes less than ten minutes to cook.

Quinoa is cooked the same way rice is but takes a shorter period of time.  Just add one part of the quinoa to two parts liquid in a saucepan. After the mixture has been brought to a boil just reduce the heat to simmer and cover. One cup of quinoa prepared this way usually takes 10 to 15 minutes.  Keep in mind that quinoa expands during the cooking process to several times its original size.  When cooked, the grains become translucent and the germ partially detaches itself, appearing like a spiraled tail.

Most boxed quinoa has been pre-rinsed but read the packaging to be sure.  If you’re buying bulk, remember to wash quinoa before cooking to eliminate any remaining saponins.  An effective method is to run cold water over quinoa that has been placed in a fine mesh strainer and then gently rub the seeds together with your hands. To ensure that the saponins have been completely removed just taste a few seeds. If they still have a bitter taste, keep rinsing the seeds with cold water.

You can use quinoa as a healthy alternative to white rice, pasta or couscous.  Easily add color to the dish by mixing in diced bell pepper, tomato, onion, mushroom, zucchini, carrots, corn or chives.  Season with pepper & salt, then top with pine nuts or almonds.

A few quick ideas are a veggie stir fry with quinoa, quinoa for breakfast instead of oatmeal – just add almonds, fruit and some cinnamon.

In 1980 two Americans discovered the nutrition potential of quinoa and started to cultivate it in Colorado bringing quinoa back to the mainstream for all of us to enjoy. 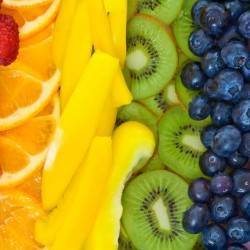 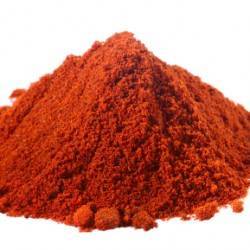