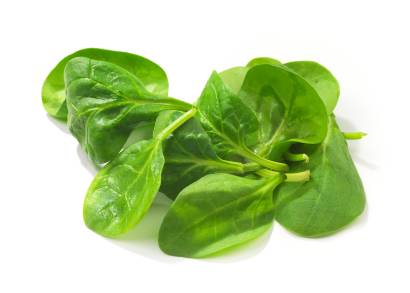 Spinach is one of the most popular leaf vegetables in the United States. A member of the same family as Swiss chard and beets, spinach shares the same taste profile – mildly sweet flavor when raw and a slightly salty, bitter flavor when cooked.

Spinach is native to an area near present day Iran and was first cultivated by the Persians more than 2,000 years ago. The colonists brought spinach to the new world and by 1806 this dark, leafy green began showing up in United States seed catalogs.

A century later during the Great Depression, spinach consumption rose by 33% – a growth credited to the popularity of Popeye and his can of spinach.

Although all spinach leaves have a triangular or arrowhead shape, there are several key varieties with slight differences in texture. Savory spinach is dark green with crinkled and curly leaves. This is the variety most often found in bunches at your local grocer. Smooth spinach has broad leaves that are easy to clean. This spinach is used for canned and frozen spinach, baby food and soups. Semi-Savory is a hybrid variety grown for both fresh market and processing. The leaves are slightly crinkled but not as difficult to clean as savory spinach.

Calorie for calorie, dark leafy greens like spinach provide more nutrients than any other food. One cup of raw spinach contains just 7 calories and provides a gram each of fiber and protein.

If you make a salad using spinach (using about one-third of a bag), you’ll obtain 483 mcg of vitamin K or 604% of daily values.  This dark leafy green is also an excellent source of the carotenoids lutein, zeaxanthin and beta-carotene plus vitamin C and folate.  Spinach provides appreciable amounts of vitamin E and riboflavin.  Interestingly, cooking spinach reduces vitamin C and folate levels but boosts carotenoid bioavailability.

Scientists have identified over a dozen different flavanoids and carotenoids in spinach that function as anti-inflammatory agents providing potent antioxidant protection.  Because silent inflammation is linked to chronic disease and even cancer, the nutrients in spinach can be said to contain anti-cancer properties.

According to a “Shopper’s Guide to Pesticides”, a report published by the Environmental Working Group, spinach is among the 12 foods with the greatest amount of pesticide residue.  To avoid the health risk associated with pesticides, buy organic spinach. For more information, check out our article that reviews the “dirty dozen” and “clean fifteen”.

Spinach contains a substantial amount of a substance called oxalates. Those with kidney disorders, gout, and rheumatoid arthritis should limit their intake of oxalates and speak to their doctor before enjoying spinach. For those watching their oxalates intake, boiling spinach helps to reduce the concentration of oxalic acid.

Although spinach is available year round, the season runs from March through May and from September through October.

When selecting spinach, look for fresh, crisp bunches with no signs of insect damage. Make sure to choose vibrant, deep green leaves with no signs of wilting or yellowing.  Research has shown that vibrant, vital spinach leaves have greater concentrations of vitamin C than their paler counterparts. Avoid leaves with a slimy coating; this signifies the start of decay.

After selecting your spinach, wrap it tightly in a plastic bag and store it in the refrigerator for up to 5 days. Do not rinse the spinach before storing as water exposure expedites spoilage. When you are ready to enjoy your spinach, trim off the stems and separate the leaves. Clean your spinach by swishing the leaves in a large bowl of water several times until all of the dirt has been dislodged.

It is best to enjoy your fresh spinach as quickly as possible. Spinach loses nutritional properties with each passing day. Half of the major nutrients found in spinach are lost by the eighth day after harvest.

There are advantages to enjoying spinach both raw and cooked. Although cooking reduces vitamin C and folate levels, it boosts the bioavailability of carotenoids.

If you’ve never try cooked spinach, try our Sautéed Spinach which can be prepared in less than 5 minutes.  For a light and delicious weekday lunch, try our Spinach and Arugula Salad. To impress dinner guest with a healthy and savory dish try Ricotta, Spinach and Sun-Dried Tomato Stuffed Chicken.  For a side dish packed with protein and antioxidants, try Black Soybean Risotto with Spinach.  For an even lighter side, skip the Parmesan. This naturally creamy rice doesn’t need it!

Spinach was the first vegetable to be sold frozen.  Catherine de Medici, the Queen of France in the 16th century was from Florence, Italy. She loved spinach so much that she brought her own chefs to prepare it when she married the King of France. Today, anything served on a bed of spinach is referred to as “a la Florentine” reflecting her birthplace. 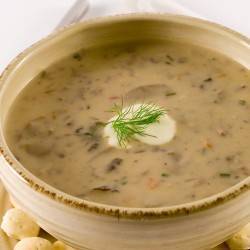 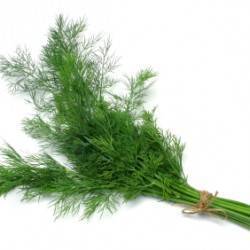 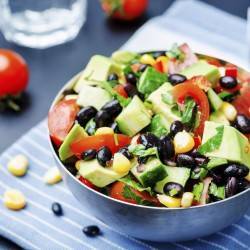