At a press-conference held earlier this week, executives from Walmart announced a major nutrition initiative to phase in healthier foods to its vast network of stores and huge customer base.

The five key elements of the program include:

Walmart will reduce sodium content by 25% and added sugars by 10% on over 40 packaged foods. Additionally, all industrial trans-fats will be removed from products. The company will work with manufacturers to reformulate similar nationally branded products.

The reformulation will affect products in key categories under its Great Value private label brand. The amount of sodium will be reduced on grains products, soups, canned beans, luncheon meats, salad dressings and frozen entries. Added sugars will be reduced in dairy items, sauces and fruit drinks. But, sugars will not be reduced in soft drinks, something experts say is a major contributor to childhood obesity.

All partially hydrogenated fats and oils will be eliminated from packaged food products.

Walmart estimates that its customers will save about $1 billion a year on fresh fruits & vegetables through a variety of sourcing, pricing, transportation and logistics initiatives. By lowering prices on fruits & vegetables, Walmart hopes to make up for the profit loss by increased sales. One initiative will make more direct relationships with farmers, resulting in lower and more consistent prices for consumers. The retail giant will also use its scale and size to reduce the premium consumers pay for healthier food choices – e.g., whole wheat pasta vs. regular pasta.

As Marion Nestle, PhD, MPH, professor at New York University, author of What to Eat and editor of the blog Food Politics says, “The indexed price of fruits and vegetables has increased by 40 percent since 1980, whereas the indexed price of sodas has gone down by nearly as much.”

A way that produce prices could be reduced is by changing government subsidies away from corn and soy and into fresh produce.

Walmart will implement front-of-label packaging on selected items designed to make it easy for consumers to identify healthier food choices. The company will consult with health organizations to develop food standards to increase vitamins, minerals, whole grains, fruits and vegetables n food products while limiting saturated fats, sodium and added sugars. A select number of Walmart’s private label and national branded products will include the seal.

In the past two years, a number of manufacturer nutrition labeling programs have been developed with mixed success. In particular, the Smart Choices program, developed by food giants such as General Mills and Kraft, was highly criticized for including products like Fruit Loops as part of the program.

It remains to be seen how the Walmart program will pan out but critics like Marion Nestle say that it is a move to pre-empt new FDA regulations. Reducing sodium content and added sugars of packaged foods is a step in the right direction. But, as Marion Nestle pointed out, “Making better-for-you junk foods doesn’t necessarily make them good for you.”

Walmart will open stores in rural, inner city and underserved communities to make affordable, healthy food more accessible particularly to lower income groups. Research has shown that healthier food is harder to find in these types of neighborhoods. Critics argue that this move could drive small stores out of business.

Walmart will provide funding to educate consumers about healthier food choices. The company will work with the Partnership for a Healthier America, a nonprofit organization that works with First lady Michelle Obama on her Let’s Move Campaign, to help solve the nation’s obesity challenge.

Walmart executives pointed out that these changes were motivated by consumer choice. “Our customers tell us they want a variety of food choices and need help feeding their families with healthier foods. At Walmart we are committed to doing both,” said Andrea Thomas, senior VP of sustainability. She continued, “This effort is aimed at eliminating sodium, sugar and trans fat in products where they are not really needed.”

As the country’s largest grocer, any positive changes that Walmart initiates will likely have a favorable impact on what other manufacturers and retailers offer. In fact, Walmart may have even more power than the FDA, the governmental agency empowered to bring healthy foods to the American public.

Despite these efforts, the healthiest foods choices are not packaged foods with reduced sodium or sugars. We’re missing the forest for the trees. As always, eating fresh, whole foods in their natural state – fruits, vegetables and lean meats – is the ideal way to way to obtain the nutrients needed for optimal health, wellness and vitality. 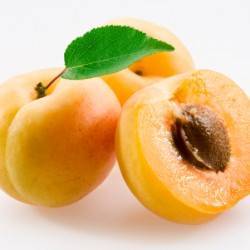 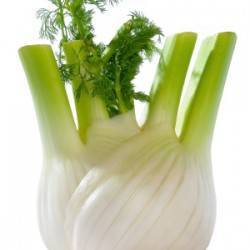