Why Running Doesn’t Cause Osteoarthritis | VitaMedica

With all the mileage they accumulate and all that pounding on the pavement, you’d think runners would be the first to develop arthritis in their knees.  Surprisingly, that’s not the case.  Would you believe that running doesn’t ruin your joints and might actually lower the risk of developing arthritis?

That’s what a new study published in Medicine & Science in Sports & Exercise, the journal of the American College of Sports Medicine, suggests.

Researchers from Queens University in Kingston, Ontario, Canada, and the University of Illinois, Chicago, compared the loads placed on knees during walking and running over a given distance.  They followed 14 healthy adult runners, divided equally by gender and with no history of knee injuries.

They taped reflective markers to participants’ arms and legs and used motion capture technology to analyze their movements.  Participants were asked to remove their shoes and walk at a comfortable pace for 50 feet five times along a runway.  They also ran along the same runway five times at their usual pace.

“Whether participants walked or ran, the amount of force put on the knees over a given distance was the same.”

The equipment measured the force of each impact when the participants’ feet hit the ground, and researchers used this data to determine how much force was generated while walking and running, how often the force occurred, and how long the force lasted.

The results showed that running produced a peak load about eight times the body weight – equal to about three times as much force as walking.

However, results also showed that running required fewer ground strikes compared to walking because of the longer strides taken while running.  The impact was also briefer when compared to the impact from walking, as the foot touched the ground for a much shorter time with each stride.

The conclusion researchers came to was that whether participants walked or ran, the amount of force put on the knees over a given distance was the same; while a runner generates greater impact with each stride, he or she also takes fewer strides over an equal distance, balancing out the overall load on the knees.

Beyond that, running may actually help prevent arthritis, says Dr. Ross H. Miller, led study author and assistant professor of kinesiology at the University of Maryland.  Earlier studies have shown that cyclical loading, or activity where force is applied to a joint, removed, and reapplied, may be beneficial to cartilage, as it may prompt cartilage cells to divide and replenish the tissue.  Conversely, noncyclical loading, where force is applied continuously rather than intermittently, may overload cartilage and cause cells to die without being replenished.

However, more research is needed to study this possibility.  Additional factors may include the fact that runners generally weigh less than most people, which also reduces arthritis risk.  And other recent studies have shown a link between obesity and osteoarthritis, revealing that adipose tissue can send out inflammatory signals that may increase arthritis risk.

Still, this is good news for runners, says Miller, as it seems to dispel the myth that continued wear-and-tear from running will cause arthritis.

Given that more than 30 million Americans ran in 2012, this is encouraging information.  It may also indicate that runners don’t necessarily need to spend extra dollars on shoes that purportedly protect the knee.

Osteoarthritis is the most common form of arthritis, so finding that an activity that can help prevent or minimize the development of this progressive, chronic disease is welcome news.

By the time we reach middle age, most adults have some form of osteoarthritis, particularly in the knee, hip or hand joints.  While NSAIDs like Advil or Aleve can provide temporary relief, they don’t offer a great long-term solution.  Supplements like glucosamine and chondroitin have been shown to be helpful in not only providing symptomatic relief but slowing the progression of osteoarthritis.  Other supplements like fish oil and bromelain promote the development of anti-inflammatory compounds.

Leading a healthy lifestyle can also support healthy joint function.  In particular, adopting an anti-inflammatory diet is helpful.  This style of eating features natural, whole foods including Omega-3 polyunsaturated fats, lean poultry and fish, nuts, legumes and seeds, and fruits and vegetables.  Incorporating these healthy foods into your diet inhibits the production of pro-inflammatory prostaglandins, which in turn can provide joint pain relief. 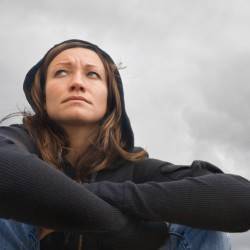