Yet Another Reason to Consume Omega-3s | VitaMedica

We’ve all heard the phrase, “You are what you eat.”  Now, evidence from a long-term study drives home this message to pregnant women and their young children.  In January, the conclusions from The Avon Longitudinal Study of Parents and Children (ALSPAC) were presented at a scientific meeting in London, England by the Institute of Brain Chemistry and Human Nutrition (IBCHN).

The researchers showed that children of mothers who ate foods with little omega-3 content, had lower IQ scores, lower levels of fine-motor performance, and higher levels of pathological social interactions.

ALSPAC was initiated in 1991 to examine the effects of genetics, diet and environment on the common disorders and conditions that affect young children.  Having recruited over 14,000 expectant mothers for the study, ALSPAC is considered the most intensively studied cohort of children ever recruited.

Data has been collected on the parents and children and will continue until the children reach puberty.  Changes in the children’s measurements, attitudes and behavior, fitness, bone mineralization, allergic symptoms and mental health are being tracked.

The most recent findings regarding brain development were presented by Joseph Hibbeln from the National Institutes of Health and Jean Golding from ALSPAC.  Their findings showed that children of women who consumed the smallest amounts of omega-3 fatty acids during their pregnancies had verbal IQ six points lower than average.

The team also found that at 3 ½ years of age, children with the best measures of motor performance, had mothers with the highest intake of omega-3s.

A third finding was that a low intake of omega-3s during pregnancy led to higher levels of poor social interactions such as an inability to make friends as a child grows up.  This behavioral component is not surprising as other research has shown a relationship with omega-3 intake and behavior.  For example, one of Dr. Hibbeln’s previous studies showed that omega-3 supplements given to violent alcoholics reduces their anger levels by a third within three months.

This news is particularly important for pregnant women as they have been advised to limit their consumption of seafood, particularly fish.  This is to avert any risk of exposing the developing fetus to trace amounts of brain-damaging methyl mercury.  Dr. Hibbeln says his work shows that the benefit of eating these foods far outweighs the risks.  In fact, the children in the Avon study that were exposed to the lowest levels of methyl mercury were at the greatest risk of having low verbal IQ scores.

As with any study, it is not always easy to attribute the findings to lifestyle and dietary variables.  For example, just because the data correlates low omega-3 consumption with a lower verbal IQ score, may not indicate a causative finding.  But, the research showed that the results were dose dependent, with differing levels of omega-3 consumption having different results.

While Dr. Hibbeln’s research focused on omega-3 intake directly, other factors in the diet can affect how omega-3 fats are used by the body.  Most Americans obtain a disproportionate amount of omega-6 fats in their diet and these fats compete for the same enzymes as omega-3 fats.  With fewer usable omega-3 fats, membranes of cells, particularly nerve cells don’t have the materials needed to conduct messages across cellular membranes.

The social implications of the ALSPAC study are wide as children with anti-social and behavioral issues are likely to bring these problems into adulthood.  While pregnant women should include more fatty fish in their diet, finding a good quality product may be difficult to find.  For this reason, recommending a high-quality fish oil supplement like VitaMedica’s Super EPA/DHA Fish Oilmay be a reasonable alternative. The use of molecular distillation and ultra-refinement of the oils ensures a product that delivers the stated amount of DHA on the label without the contaminants. 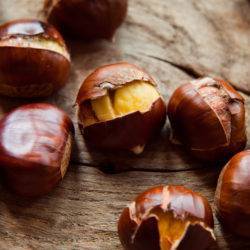 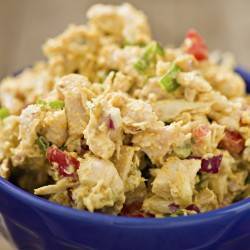