Many people find themselves more clear-headed after a workout, but more and more research is pointing out that the positive results exercise has on brain function can last far beyond the workout.

In fact, a new study published in Health Psychology by researchers from the University of Hamburg links exercise – both mild and rigorous – to better memory and attention in middle-aged adults.

Both exercise groups participated in hour-long activity sessions twice a week, for a total of about 48 sessions over a 6 month period.

The aerobic endurance group cycled on stationary indoor bicycles. The intensity of the cycling was increased until the participants reached their target heart range, and this range was sustained for approximately 45 minutes before a cool-down phase, where cycling intensity was gradually decreased. The average heart rate amongst participants during the cycling sessions was 140 beats per minute.

The stretching and coordination training comprised of movement exercises that stretched and toned the whole body and improved coordination and flexibility. Participants began with warm-up exercises, followed by whole-body and balance exercises, and concluded with relaxation exercises. At 101 beats per minute, participants’ average heart rates were well below the target heart range.

At the end of the six-month study period, the cycling participants improved their cardiovascular fitness by 15% on average, while there was no significant change found in either the stretching group or the control group.

Before and after the study, a series of tests were administered to participants to assess different cognitive functions.

The cycling group showed the greatest improvement in long-term memory than either the stretching or control group. Long-term memory was tested by reading a list of words to participants and having them recall as many words as possible after 30 minutes.

Both the cycling group and the stretching group showed an increase in episodic memory. Episodic memory was tested by asking participants to immediately recall as many words as possible from a list of words that was read to them.

But surprisingly, participants of the stretching group showed greater improvement in attention than the cycling group. Attention was tested via a paper-and-pencil test that required participants to find and mark specific letters quickly.

Researchers did not note any significant increase between the exercise groups and the non-active control group for the remaining cognitive variables – perceptual speed, executive functions, and spatial reasoning.

The results are in line with the results of a recent study of elderly adults that showed a positive correlation between cardiovascular fitness and an increase in gray matter volume in the hippocampus (the part of the brain that affects memory) after exercising.

While they note that further study of this particular demographic is necessary, researchers conclude, “the study results seem to suggest that the beneficial effects of aerobic exercise on executive functions are not yet observable in middle-aged adults and may become evident only when these functions have already experienced a larger degree of decline attributable to increasing age.”

Many studies of memory and cognitive function focus on seniors, so it is interesting and important that the researchers chose to study this particular demographic rather than persons of younger or greater age. As they aptly point out, this group “has an especially strong need to update their knowledge and learn new skills to adapt to the developments and changing requirements of their professional life.”

But beyond that, people in “middle age” also have a strong need to make lifestyle decisions that allow them to age better and more healthfully. Preventive health care is a major concern for this group, and while topics such as nutrition, exercise, weight control, and disease prevention garner a lot of attention, it is easy to forget about the connection between overall health and cognitive health.

In addition to its numerous other benefits, exercise has been shown to reduce dementia-related mortality, and active people may build up a “brain reserve” that allows them to better adapt to challenges in later life.

Therefore, it makes much more sense to live a healthy and physically active lifestyle before the signs of age-related decline appear, rather than trying to establish healthy habits after the fact. We want to slow the aging process as much as possible, don’t we? 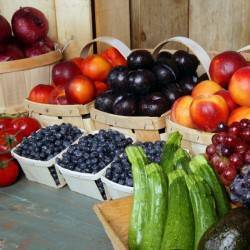 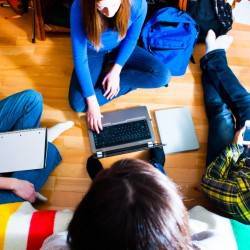 Our Nation’s Youth Are Out of Shape