About 85% of all people get acne at some time in their lives, and as the most common skin disorder, it affects 40 to 50 million Americans.  Scientists still struggle to pinpoint a cause or a cure – but could we finally be close?

A new study published in the Journal of Investigative Dermatology suggests that genetic differences between strains of acne bacteria mean not all acne bacteria are bad.  In fact, one strain could help keep skin blemish-free!

Researchers from the University of California, Los Angeles, the Genome Institute at Washington University in Saint Louis, and the Los Angeles Biomedical Research Institute collected samples of acne bacteria from nasal pores by using over-the-counter pore strips on 49 individuals with acne and 52 individuals with healthy skin.  They found that one type of bacteria called Propionibacterium acnes (P. acnes) was predominant in the nasal pores of both acne-prone and blemish-free individuals.

Through the use of genetic markers, researchers were able to identify more than 11,000 strains of P. acnes.  Additional investigation narrowed down the 10 most common strains, which were labeled ribotypes one through 10.  What they found was that a few strains that were present in about 20% of the acne-prone participants were absent from the acne-free individuals.  And more surprisingly, there was a strain of P. acnes – the ribotype 6 strain – only found in the participants with clear skin.

To determine the differences, scientists analyzed the strains of P. acnes by culturing the bacteria and DNA sequencing 66 of the P. acnes strains.

The acne-causing strains had acquired DNA from other bacteria that allowed bacteria to remain on the host more aggressively or provoke an immune response in the skin, causing inflammation.  The bacteria from the acne-free participants, however, seemed to prevent acne; researchers theorize that this “helpful” strain of bacteria may be able to recognize and thwart the introduction of DNA from harmful viruses.

Probiotics & Acne Control: What You Need to Know

“This [P. acnes ribotype 6] strain may protect the skin, much like yogurt’s live bacteria help defend the gut from harmful bugs,” says researcher Huiying Li, assistant professor of molecular and medical pharmacology at the UCLA David Geffen School of Medicine. “Our next step will be to investigate whether a probiotic cream can block bad bacteria from invading the skin and prevent pimples before they start.”

Antibiotics – both topical and oral – are often used to deal with the bacterial overgrowth that is believed to cause acne.  However, antibiotics are indiscriminant, killing both good and bad bacteria.  This can lead to an imbalance within the gastrointestinal (GI) tract and on the skin.  As the body’s largest organ and the first line of defense for the body, bacteria on the skin help to protect the skin from invaders.

Perhaps a better use of antibiotics would be to develop more strain-specific types, thereby creating more effective treatments in the future.  Alternatively, using probiotics both topically and orally could be used to promote the development of beneficial bacteria that leads to a clear, healthy complexion.

Remember, if you’re acne-prone, avoid sugar and dairy to prevent exacerbating your skin problems.  While a foolproof cure is yet to be found, with the right treatment and healthful lifestyle, acne can be managed and minimized. 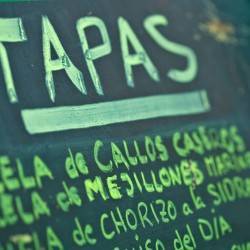 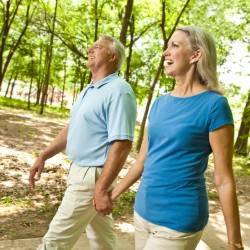 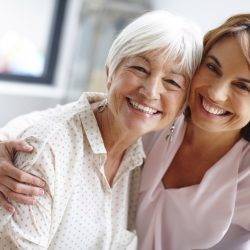 18 Tips for Healthy Skin at Any Age