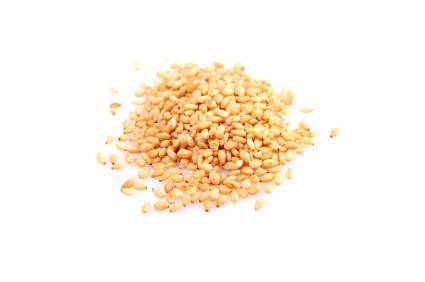 The sesame seed plant is considered an herb. This annual herb grows to be about two to four-feet high.

The white to lavender-pink flowers mature into pods that contain the edible sesame seeds which burst with a pop when the small seeds are mature. The famous phrase from Arabian Nights “Open Sesame” reflects the feature of the sesame seed which bursts open when it reaches maturity.

Sesame seeds are tiny, flat oval seeds. They come in many colors depending on the plant variety which include shades of brown, red, black, yellow and the most common, a pale grayish ivory. Sesame seeds are crunchy and have a subtle nutty taste.

Sesame seed hulls are often removed since they contain a small amount of oxalic acid. This acid can interfere with the absorption of calcium and gives the seeds a bitter taste.

The oil from sesame seeds, known as gingelly or til oil, is used as cooking oil or a flavor enhancer in cuisine. Unlike many other seed oils, sesame seed oil is resistant to rancidity, making it highly valued and one of the oldest condiments known to mankind.  Over 5,000 years ago, the Chinese burned sesame oil not only as a light source but also to make soot for their ink-blocks.

Like other nuts and seeds, sesame seeds main source of calories is from fat.  However, with most recipes requiring a small quantity of the seeds for flavoring, the calorie contribution is low (52 calories per tablespoon).

A tablespoon of sesame seeds contains 4 grams of fat of which the vast majority is from unsaturated sources.  Like many other seeds, the oil from sesame seeds is primarily from the Omega-6 family of polyunsaturated fats.

Just a tablespoon of sesame seeds provides almost 20% of daily values for copper.  These seeds are also a source of manganese, calcium, magnesium and iron.

Sesame seeds contain phytosterols which are compounds in plants similar to the cholesterol molecule found in humans.  Of phytosterols present in nuts and seeds, sesame seeds have the highest total phytosterol content.  When eaten in sufficient amounts, phytosterols may help to reduce blood levels of cholesterol.

Sesame seeds are available year round in supermarkets in prepackaged containers and in the grain and nuts section in bulk bins. They are also available in the herb section of conventional and natural product stores.

To maximize freshness and to ensure no moisture gets into the unhulled sesame seeds, store them in an airtight container in a cool, dry and dark place. Once the seeds are hulled, they are more prone to rancidity so they should be stored in the refrigerator or freezer.

For active people who need a healthy snack during a hike, we like these Sesame Seed Snacks sold at REI.

One third of Mexico’s sesame seed crop is purchased from McDonalds for their sesame seed buns.  Sesame seeds were the first condiment and plant to be used for edible oil. 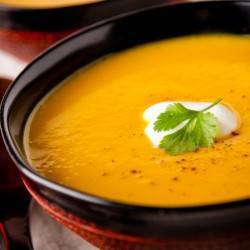 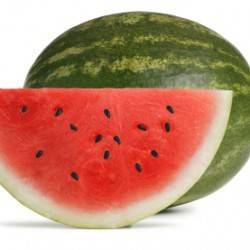