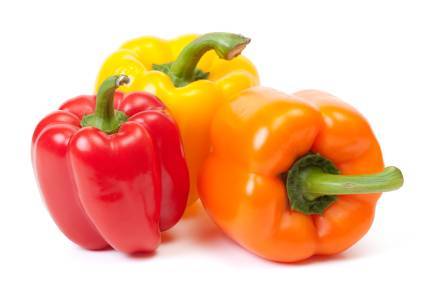 Sweet peppers, also known as bell peppers, are members of the nightshade family, which also includes potatoes, tomatoes and eggplant. It’s easy to see why sweet peppers acquired the nickname “bell” – their lobed shape is quite reminiscent.

Sweet peppers can be traced back thousands of years to their wild origins in Central America and the northern region of South America. Discovered by Portuguese and Spanish explorers, the adaptable, easily cultivated plant became a staple in varying cuisines throughout the world.

Although sweet peppers are members of the capsicum genus, they contain a recessive gene that eliminates capsaicin, the compound responsible for the strong burning sensation or “hotness” often associated with peppers.

Sweet peppers have a mild taste and a water-filled, crunchy texture with a thick flesh and a hollow inner cavity. The seeds of the white spongy core are edible but have a bitter taste. Sweet peppers vary in color from green, red, yellow, orange, purple, brown to black depending on when they are harvested and the specific cultivar. Because flavor is dependent on stage of ripeness, immature green peppers have a slightly more bitter taste than their more colorful counterparts. A red pepper is simply a green pepper that has been fully ripened.

A large bell pepper contains anywhere from 30 – 50 calories and about 3 grams of fiber. Green peppers, which have a slightly bitter flavor, tend to be lower in calories and sugar content than their brightly colored counterparts.

All bell peppers are an excellent source of vitamin C, providing from a low of 103 mg in green peppers to a high of 341 mg for yellow peppers. That’s more than 4 times the amount in an average orange! Peppers of all colors also provide a good source of potassium, ranging from 290 – 400 mg per large pepper.

Green peppers have a lower carotenoid content than the more colorful peppers and the carotenoids are primarily lutein and zeaxanthin not beta carotene. Unlike its more colorful counterparts, green peppers are a good source of vitamin K, providing 12 mcgs or 15% of daily values.

Potent antioxidants vitamin C and carotenoids can be credited with the extensive health benefits of sweet peppers. Carotenoids neutralize free-radicals in the body preventing extensive cell damage that can lead to heart disease, cataracts, arthritis and diabetes, among others.

Vitamin B6 plays a role in reducing levels of homocysteine. Elevated homocysteine levels have been shown to cause damage to blood vessels and increases the risk of heart disease.

Although sweet peppers are available year round, they are more plentiful and less expensive during the summer months.

When making your selection, choose peppers that are heavy for their size with smooth, taut skin and fresh green stems. Peppers should yield gently to firm pressure. Avoid those with signs of decay, shriveled or wrinkled skin or soggy water spots.

Unwashed, peppers can be stored in a plastic bag in the vegetable drawer of the refrigerator for up to a week. Green peppers will remain fresh for a bit longer.

Before enjoying your sweet pepper, be sure to rinse with cool water. If the pepper has been waxed, it is best to scrub as well. Sweet peppers are among the 12 foods on which pesticide residues have been most frequently found. Wash well or buy organic to avoid pesticide consumption.

To chop, dice or slice a pepper cut the pepper in half lengthwise, clean out the core and seeds and then cut after placing skin side down on the cutting surface.

Sweet peppers boast a satisfying crunch, making them the perfect low calorie substitute for chips when dipping into hummus or salsa.

Peppers are sweet, yet bold. Even when used as a garnish, peppers assert their flavor. Cooked, peppers are sweet and mellow. Peppers can be enjoyed stuffed, baked, stewed, sautéed, grilled, roasted or stir-fried. Try out just a few of these preparation forms with our recipes below!

Roasted Red Pepper Soup is an excellent compliment to a summer salad for a light and easy dinner full of flavor.

For a dinner that will impress guest, try Spicy Grilled Chicken over Sweet Peppers.

Grilled Pepper Relish is a fresh and zesty topping to any BBQ burger or can be enjoyed over chicken or fish as a colorful chutney.

Enjoy your next Tex-Mex cookout with homemade Roasted Red Pepper and Corn Salsa.

Botanically, peppers are categorized as fruits. The pepper is a fruit that forms on the plant after it flowers. Pimento and paprika are both prepared from bell peppers. 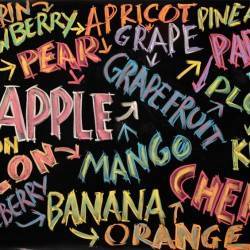 6 Tips on How to Make An Easy, Fresh Fruit Salad 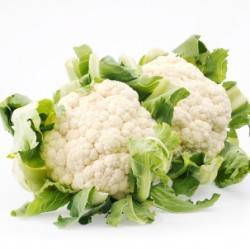 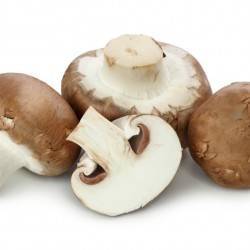