You’re probably familiar with Consumer Reports magazine; a monthly magazine that is published by Consumers Union that includes its venerable ratings of all kinds of consumer products.

Using symbols ranging from excellent to poor, each diet was rated on nutrition and weight loss. The nutrition ratings were based on CR’s analysis of a week of menus from each program or book. The nutrition results were then evaluated for adherence to the 2010 U.S. Dietary Guidelines for Americans†.

An overall score was determined for each diet based on adherence to nutritional guidelines and the results of published clinical studies.

Jenny Craig received the highest score (85) based in part on a two-year study of the program published in the October 27, 2010 Journal of the American Medical Association (JAMA). Ninety-two percent of participants stuck with the weight loss program for two years – a remarkably low drop-out rate. At the end of the period, dieters lost an average of 8 percent less than when they started.

Four years ago, when diets were last rated by Consumer Reports, the Volumetrics eating plan was top rated. The diet, developed by Barbara Rolls, PhD, emphasizes filling up on nutritious, low-energy density foods like fruits, vegetables, nuts and seeds which create a feeling of satiety. This diet was not evaluated this time because the brand is now part of Jenny Craig.

Slim Fast, known for its bars and shakes, came in second with a score of 63. But, its limited personal support or exercise advice and lower calories per day (1,125) may explain its higher long-term drop-out rate.

Weight Watchers, which revamped its PointsPlus program last year to better reflect the quality of carbohydrates eaten, came in third. Group support, the program’s mainstay, along with the ability to eat what you want, makes Weight Watchers good for both short-term and long-term weight loss.

Dean Ornish, M.D., author of the book, “Eat More, Weigh Less” many years ago developed a vegan diet with no added sugars and very low fat (6% total fat and 1% saturated fat). The so-called Ornish diet has proven to be so effective in reversing heart disease that Medicare now covers it for cardiac patients. However, this plan of eating is very difficult to follow, making it less popular among dieters.

Atkins, which limits carbs but allows for ample protein and fats, was the lowest rated diet with a score of 48. The high calorie (1,915), fat (64%) and saturated fat content (18%), combined with very limited carbs (13%), makes Atkins less attractive especially for those who like fruits and vegetables.

Nutrisystem was the only diet that was not rated because no long-term studies were available about the program’s weight loss results. The branded breakfast, lunch and dinner entrees make it convenient but for those who want to eat real, unprocessed food, this may be a tough choice.

This year’s diet ratings appear in the June 2011 issue of Consumer Reports Magazine.

Regardless of which diet you follow, the most successful one is the program that is health-promoting, helps you to lose weight and you’ll stick with.

I’m not a big fan of pre-packaged foods that are the cornerstone of diets like Jenny Craig, SlimFast and Nutrisystem. While these foods can help you to control your weight especially during the early phase of weight loss, at some point you need to eat real food. Even Consumer Reports conceded in an earlier issue, that Jenny Craig’s prepared food was “decent, though not great”. 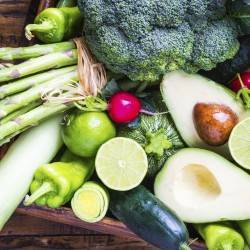