Keep Cool with Cucumbers – this Refreshing Vegetable is 95% Water! | VitaMedica 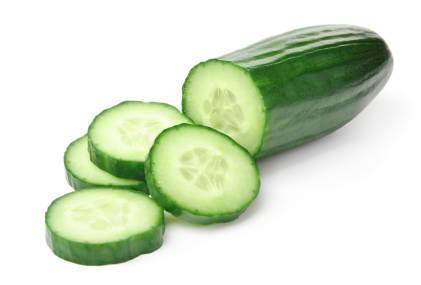 Cucumbers are a member of the gourd family. Other members include watermelon, zucchini, pumpkin and squash.  Although botanically classified as a fruit, cucumbers are often perceived and prepared as a vegetable.

Cucumbers originated in India and have been cultivated there for over 3,000 years. From India their cultivation spread throughout Western Asia and to Rome. The Romans loved cucumbers and reportedly developed artificial methods, similar to the greenhouse system, to grow them year-round. From Rome, cucumbers spread to Europe. Spanish explorers introduced this delicacy to N. America at the start of the 16th century and they became a staple crop for many American Indian tribes.

Cucumbers are elongated and cylindrical in shape with tapered ends.  Cucumbers are grown to be pickled or enjoyed raw.  Those grown to be eaten raw are referred to as slicing cucumbers and can grow up to 24 inches in length. An average cucumber ranges in length from about 6 – 9 inches. Pickling cucumbers are significantly smaller.  The skin of the cucumber can range in color from deep green to nearly white. The inner flesh is a pale green with a dense and crunchy texture. Most cucumbers contain fleshy, edible seeds. These seeds give cucumbers their flavor.

There are numerous varieties of cucumber.  A few of the best known varieties include Armenian, Japanese, English, Lemon and Pickling. If you prefer cucumbers without seeds, then select the varieties wrapped in plastic (often named hot house cucumbers).  These parthenocarpic (without seeds) cucumbers are nearly seedless, have a delicate skin which is pleasant to eat and are easy to digest.

Cucumbers are 95% water which means a cup of sliced cucumbers weighs in at just 13 calories.  If you leave the peel on you will also get a gram of fiber.

Given their high water content, cucumbers are not as nutritionally dense as other vegetables.  A whole cucumber with the skin on provides 62% of daily values for vitamin K and is a good source of vitamin C.  A whole cucumber is also a good source of magnesium, potassium and manganese – providing just over 10% of the suggested daily intake for each.

Although low calorie, high fiber snack choices are an important part of a healthy diet, the greatest health benefits of cucumbers seem to come from their topical use. Cucumbers contain significant amounts of ascorbic acid and the phytonutrient caffeic acid.  These compounds help to soothe skin irritations and prevent water retention, reducing swelling. Next time you have sunburn or puffy eyes try soothing with sliced cucumbers!

Cucumbers are also a good source of silica, a trace mineral that contributes to the strength of connective tissue.

Cucumbers are available year-round but generally are in peak season March through November.

Cucumbers found at the grocery store are often waxed to seal in moisture. Because chemicals are easily trapped in wax it is important to peel cucumbers that have been waxed or to buy organic or un-waxed cucumbers.  If you do purchase un-waxed cucumbers make sure to wrap tightly in plastic to prevent the cucumber from drying out.

Cucumbers are very sensitive to heat; make sure the cucumbers you select are stored in the refrigerated section of the supermarket. When choosing your cucumber, look for those that are firm. Avoid those that are yellowing, have a dull appearance, puffy or have dark, sunken areas.  Thin cucumbers tend to have fewer seeds than their thicker counterparts.

At home, store cucumbers wrapped in plastic in the warmer part of the refrigerator. Storing cucumbers too cold can result in chill damage. Cucumbers can be stored in the refrigerator for up to a week, although they are best enjoyed within a few days.

The seeds of cucumbers are edible and nutritious but if you prefer not to eat them, simply slice the cucumber lengthwise and scoop out the seeds with a spoon.

Cucumbers are delicious enjoyed sliced, alone or with a light dip. They are fantastic paired with seafood like shrimp and salmon. Coarsely chopped, cucumbers add some crunch to healthy chicken, tuna, or egg salad.  Add some refreshing flavor to your ice water with sliced cucumbers.

Try a deliciously light summer soup with Cucumber Gazpacho with Shrimp Relish.  For a unique side dish try Sweet Spicy Cucumbers over Tomatoes.  For a fresh salad perfect served with your favorite fish try Strawberry, Cucumber, and Basil Salad.  If you prefer tangy and crisp to sweet, try Cucumber Vinaigrette.

“Cool as a cucumber”” isn’t just a catchy phrase. The inner temperature of a cucumber can be up to 20 degrees cooler than the outside air. 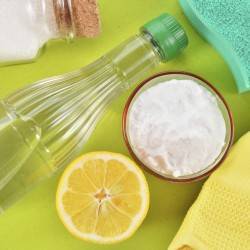 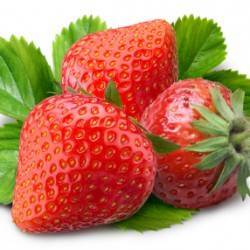 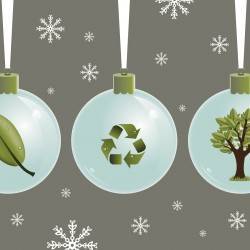 Your Guide to a Greener Holiday Season