Those berries in your morning yogurt may be good for more than just your waistline – they may help reduce your risk for heart attack by up to a third if you’re a woman, says the American Heart Association (AHA).  This latest study is published in Circulation, the journal of the AHA.

Researchers at the Harvard School of Public Health and the University of East Anglia in Britain studied 93,600 women between the ages of 25 and 42, participants of the Nurses Health Study II, one of the longest-running investigations of women’s health.

The analysis aimed at assessing the potential relationship between anthocyanins (flavonoids that show as red, blue, or purple) and other flavonoids with the risk of heart attack. Flavonoid intake data was collected via questionnaires every four years.

During the 18-year follow-up period, 405 heart attacks were reported.  Researchers found that participants reporting a higher intake of anthocyanins showed a decreased risk of heart attack compared to those with the lowest intake.

In addition, when reviewing the effects of specific foods, eating a combination of blueberries and strawberries more than three times weekly was linked to a 32% decreased risk of heart attack.  Surprisingly, women who consumed a diet rich in fruits and vegetables but consumed the berries once a month or less did not see the same benefit.

Blueberries and strawberries were chosen for the study because they are the most commonly eaten berries in the U.S.  Researchers remind that other foods should not be discounted, as they could show similar benefits.

The findings were independent of other heart attack risk factors, including age, a family history of heart attacks, body mass index, high blood pressure, exercise habits, smoking, or consumption of caffeine or alcohol.  However, the observational nature of the study necessitates further research to assess the potential benefits of increasing anthocyanin intake.

Still, “Blueberries and strawberries can easily be incorporated into what women eat every week… this simple dietary change could have a significant impact on (heart attack) prevention efforts,” says senior study author and associate professor of Nutrition and Epidemiology, Eric Rimm, of the Harvard School of Public Health.

This study comes right in time for February – American Heart Month, sponsored by the American Heart Association – and the Go Red for Women campaign on February 1st.  This observance was created by the AHA to bring awareness that heart disease is not just a man’s disease.  In fact, it is the #1 killer of women, causing one-third of all deaths in women and affecting 43 million women in the U.S.

It’s ideal to address cardiovascular health from a dietary standpoint.  Eating deep-colored fruits and vegetables, which are rich in phytonutrients, promotes hearth health.  But taking certain supplements like fish oil also provides nutrients that benefit heart health.  This type of supplement is particularly helpful for those who don’t like to eat fish or don’t get enough of the fish high in Omega-3 fatty acids (deep, cold-water fish like salmon and mackerel).

Flavonoids are also linked to reduced inflammation, reduced cancer risk, reduced risk of cognitive degeneration (conditions such as dementia and Alzheimer’s), and they have shown antioxidant benefits.

So,  remember to drop some blueberries and strawberries in your morning yogurt, oatmeal, or granola, include some in a healthy salad for lunch, serve a blueberry and wild rice pilaf side at dinner, and enjoy a colorful and light berry fruit salad for dessert.

Better yet, this Valentine’s Day, remember your sweetheart by giving him or her some strawberries covered in dark chocolate (another source of flavonoids).  Your heart will thank you for it. 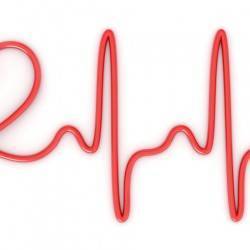 Top 5 Tips for a Healthy Heart 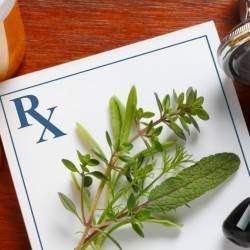 Coming to a Store Near You: Meat Labeling