Coffee – The More Your Drink, the Greater the Health Benefits | VitaMedica 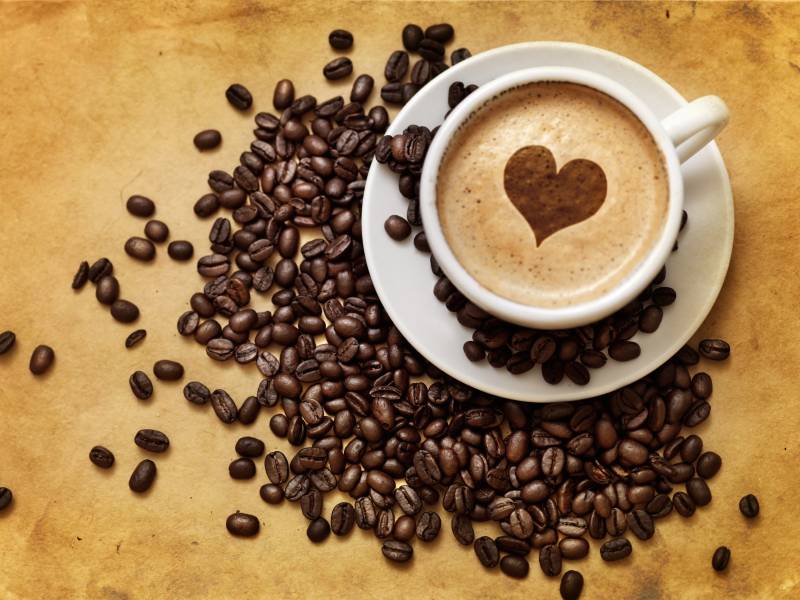 With September 29th marked as National Coffee Day, look for national chains and local coffee houses offering free or discounted cups of coffee. In celebration of this day, now is a great time to learn more about coffee.

Below, the basic facts about the coffee plant and coffee bean are reviewed.  Then, the benefits of drinking a cup of Joe beyond giving a jump start to your day are covered.  We close by identifying those individuals who should take it easy on caffeine.

The coffee plant is a small evergreen shrub or tree that produces a bright red berry, or coffee cherry.  Inside the berry are one to two seeds that are green when immature.  As they ripen, the seeds change from green to yellow, crimson and then black.  These seeds are what we know as the coffee “bean”.

Two major types of coffee plants are grown:  Coffea arabica and Coffea canephora or robusta. About three quarters of world production comes from C. arabica.  The finest coffees come from this plant. About 20 percent of coffee is produced from C. robusta.  This plant has a stronger flavor and higher caffeine content but produces a lower quality coffee.

Once the berries are picked, the seed is extracted and a fermenting process is used to remove a gel coating that remains on the seed.  The green beans are then washed and dried.  After drying, the beans are roasted and sold as whole bean or ground coffee.

During the roasting process, the starches in the bean change to simple sugars and begin to brown, changing the color of the bean.  While some aromatic oils and acids weaken during roasting, others like caffeol develop.  Longer roasting results in a darker bean and more fragrant coffee.

The caffeine content based on different brewing methods is (per 5 oz cup):

The average Starbuck’s coffee is 16 oz., so the amount of caffeine delivered is much higher, about 320 mg.  Ideally, you should limit your caffeine intake to 600 mg daily or less.  If you’re sensitive to caffeine and its effects, you may want to limit to less than 300 mg.

If you’re watching your caffeine intake, keep in mind that this chemical is not only in beverages (tea, energy drinks, sodas) but in medications (Motrin), supplements (weight loss) and food (chocolate covered espresso beans).  For a great reference list, refer to the Caffeine Content of Food & Drugs on the CSPINET website.

You should also be aware that caffeine is addictive.  As a result, many coffee drinkers experience withdrawal symptoms such as headaches, irritability, sleepiness, and lethargy when they stop drinking coffee.

A cup of coffee served black contains fewer than 5 calories.  If you add 2% milk, the calories increase to 17.  By adding cream, the calories jump to 60 of which 54 are from fat – primarily the saturated kind.  Add some sugar and the calories are 125.  If your morning fix is a Starbuck’s Mocha Frappuccino with 2% milk (no whipped cream), you’re getting 170 calories.

The health benefits associated with coffee are derived from its high antioxidant content with green coffee beans containing over 1,000!  Because coffee is so widely consumed, the number one source of antioxidants for Americans is coffee.  The antioxidant compounds in coffee are called polyphenols (phenolics) and include caffeic acid, chlorogenic acid and ferulic acid.  You may already be familiar with ferulic acid if you use SkinCeuticals.  This professional skin care line offers an antioxidant blend that is formulated with vitamin C, vitamin E and ferulic acid.

Coffee beans also contain the oily plant chemicals called cafestol and kahweol.  These compounds are known for increasing cholesterol levels in the body.  But, by using a paper coffee filter, most of these compounds are filtered out.

Humans aren’t the only creatures that love coffee – over 900 species of insect have been recorded as pests of coffee crops worldwide.  As a result, industrial coffee production often employs intensive pesticide and chemical use which presents serious health and ecological concerns.  While these chemicals are banned in the U.S., they remain legal in many less-developed countries that grow coffee.  Buying organic coffee like Green Mountain Coffee or requesting an organic blend at your favorite coffee house addresses this concern.

Coffee, like so many other foods, has received both good and bad press.  For years, we were told that drinking coffee along with smoking tobacco and drinking alcohol were vices.  Now, we’re advised that java is not only beneficial but may even stave off chronic disease.  What are we to believe?

The conflicting research may be related to how studies have been conducted.  Different methods of preparation and conflicting information on serving size may be to blame.  It may also be related to coffee itself.  Unlike many foods, coffee brings a complexity of behaviors with its use.  For example, heavy coffee drinkers are more likely to engage in unhealthy behaviors like smoking, drinking and neither exercising nor following a healthy diet all of which influence study outcomes.

Like red wine and dark chocolate, coffee has been vindicated and increasingly viewed as health-promoting.  According to the Harvard School of Public Health’s Walter C. Willet, M.D., an epidemiologist whose team has studied the effects of coffee consumption and health, “the overall balance of risks and benefits (of coffee consumption) are on the side of benefits.”

These studies have found that the benefits of consuming coffee are associated with the bean’s high caffeine and antioxidant content.  The benefits relate to cardiovascular health along with the reduced risk of developing type 2 diabetes, cancer, Parkinson’s and Alzheimer’s disease, as summarized below:

Type 2 Diabetes.  In 2005, a review of nine studies showed those who drink more than six or seven cups of coffee daily were 35% less likely to have type 2 diabetes than those who drank fewer than two cups.  Those who drank four to six cups lowered their risk by 28%.

In another study involving 126,000 people, men who drank six or more cups a day cut their diabetes risk in half.  In women, the anti-diabetes risk was cut by 30 percent.

Coffee’s positive effects against type 2 diabetes are not related to the caffeine content because the beneficial effects are greater with those who drink decaffeinated coffee.  Coffee beans contain the mineral magnesium and the phytonutrient chlorogenic acid, both which may improve insulin sensitivity.  Chlorogenic acid has been shown to reduce glucose concentrations in animal studies.

Cardiovascular Health.  In 2009, a study of 83,700 women, showed a 20% lower risk of stroke in those who drank two or more cups of coffee daily compared with women who drank less coffee or none at all.  This pattern held up even in women with high blood pressure high cholesterol levels and type 2 diabetes.

Another study, which followed postmenopausal women for 15 years, found that women who drank one to three cups of coffee a day reduced their risk of cardiovascular disease by 24% compared with those who didn’t drink coffee.  Researchers suggested that the antioxidants in coffee may reduce silent inflammation, a marker of cardiovascular and other chronic diseases.

Dementia/Alzheimer’s Disease. A longitudinal study in 2009 showed that those who consumed a moderate amount of coffee or tea (3-5 cups per day) at midlife were 65% less likely to develop dementia and Alzheimer’s disease later in life compared with occasional coffee drinks or non drinkers.

Parkinson’s Disease.  This disease, which is a motor system disorder, is the result of the loss of dopamine-producing brain cells.  Studies have shown that caffeine inhibits the destruction of these neural cells thus preventing neural degeneration and the loss of motor control.  Higher consumption of coffee is associated with decreased risk of Parkinson’s.

Liver Disease.  Studies have shown a strong negative relationship between coffee consumption and cirrhosis of the liver and liver cancer.

Prostate Cancer.  In a recent study, men who drank six or more cups of coffee per day were found to have a 20% reduction in developing prostate cancer.  The association appears to be related to non-caffeine components of coffee.

Breast Cancer.  In post-menopausal women, increased caffeine consumption is associated with a decreased risk of breast cancer.  Women who drank five or more cups of coffee a day were 57% less likely to develop estrogen receptor-negative breast cancer than women who drank less than a cup a day.

Skin Cancer.  Population studies suggest that coffee and tea drinkers have a lower risk of skin cancer.  The compounds in coffee inhibit cell death as a result of exposure to UVB rays.  These sun protective substances also eliminate cells whose DNA is damaged.

Due to its beneficial effects on the skin, a number of skin care companies have launched product lines that are formulated with the coffee berry including Priori and Revaleskin.

Super Bug (MRSA). A new study suggests that regular coffee and tea drinkers may be less likely to carry the antibiotic-resistant “superbug” MRSA (a type of bacteria that causes staff infections) in their nostrils.

Physical Performance.  A number of studies have shown that coffee can enhance physical performance.  The caffeine in coffee boosts energy and may increase stamina, reduce fatigue and even lessen muscle pain.

For the nearly 80 percent of Americans that drink coffee on a regular basis, this great tasting beverage keeps them alert, decreases their fatigue and helps improve their day.  But, for some people, coffee can cause problems especially if large quantities of caffeine are consumed.

Drinking coffee can be inconvenient because as a mild diuretic, caffeine causes frequent urination (my Sunday morning yoga class is a testament to this issue).  For some individuals, high doses of caffeine can also cause the jitters or anxiety and make getting to sleep at night difficult.  If you experience these problems, reduce your coffee intake or switch to a decaffeinated blend.

Women who are pregnant should limit their caffeine intake to 200 mg a day.  No studies have shown that high intake of coffee increases the risk for miscarriage.  However, caffeine easily passes through the placenta which could easily lead to high concentrations in the developing fetus.

Those with acid reflux should avoid coffee as it is well-known that caffeine can aggravate this condition.  Some elderly people may not be able to tolerate caffeine.  Limiting to 1 to 2 cups a day or drinking decaffeinated coffee is recommended for those sensitive to caffeine’s effects.

In the early 1900s, there was a controversy whether the coffee bean was a legume and therefore prohibited during Passover.  By 1923, upon petition by Maxwell House (no surprise) the berry was classified as a bean by an orthodox Jewish rabbi so coffee was considered kosher for Passover. 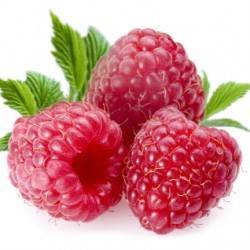 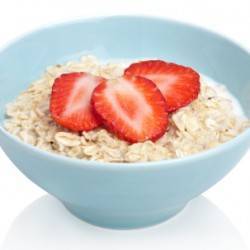